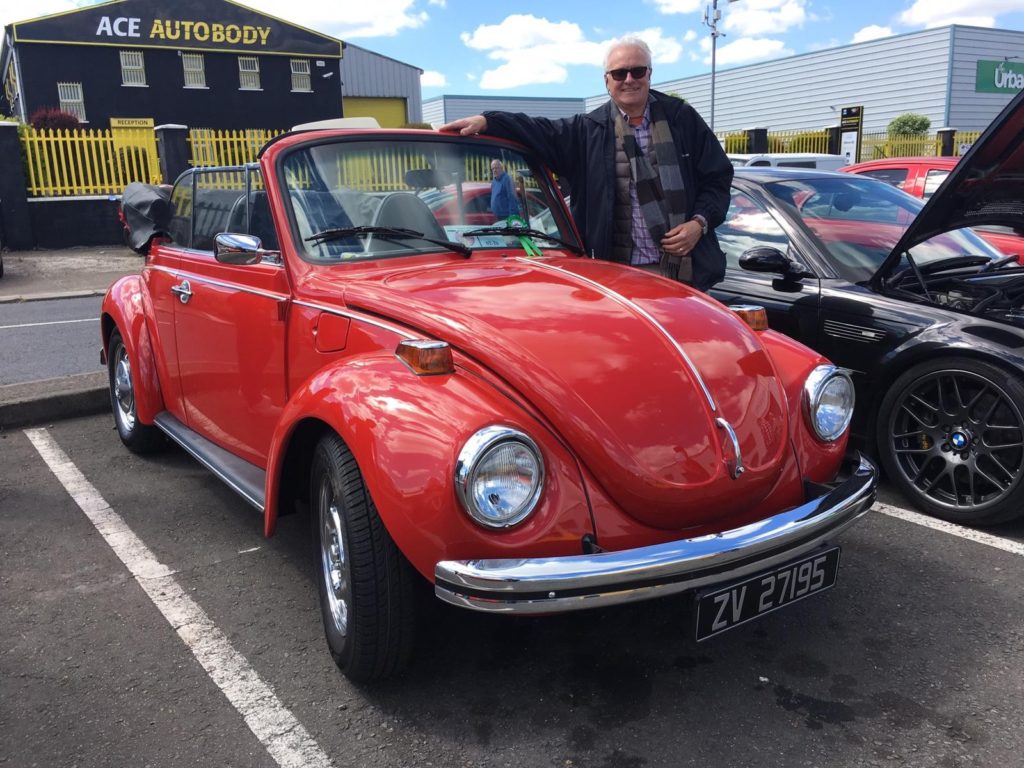 My 1973 Karmann Beetle convertible which was originally consigned to the USA and first registered in February 1973 in San Diego, California. The original colour was Brilliant Orange (L20B).

Its second owner was Fred P Kaullen. Fred and his wife owned the car until around 2002 and travelled the USA with it hitched to his Motor Home. It spent most of its days in San Diego with a spell in Pensacola, Florida in 1987 -88. Service history and invoices exist from all that period under Fred’s long ownership. The car bought for his wife was named “Pricilla”. Fred sadly passed away in March 2013 but the memory of the car lives on in his obituary … quote: “his big smile while driving his Convertible Volkswagen Beetle”

From 2002 the car passed into the ownership of Weston Dileo, also San Diego but no records exist as to its history. I obtained the car from a classic car dealer in the Netherlands in February 2019. It had been procured by them and imported in 2016. The vehicle has undergone “restoration” though a lot of the original bodywork is intact. The car was resprayed (professionally) at some point as it is now red. The nearest colour match I have would be “Kasan Red” (L30B). The engine has been rebuilt in 2018 by the dealership and converted from fuel injection to carburettor (Solex 34 PICT 3). The original fuel tank and charcoal filter for emissions in California are still installed on the vehicle. It has also been fitted with all round disc brakes.

Thanks for submitting your stunning Karmann Beetle Andrew. We love it! Beetle.ie