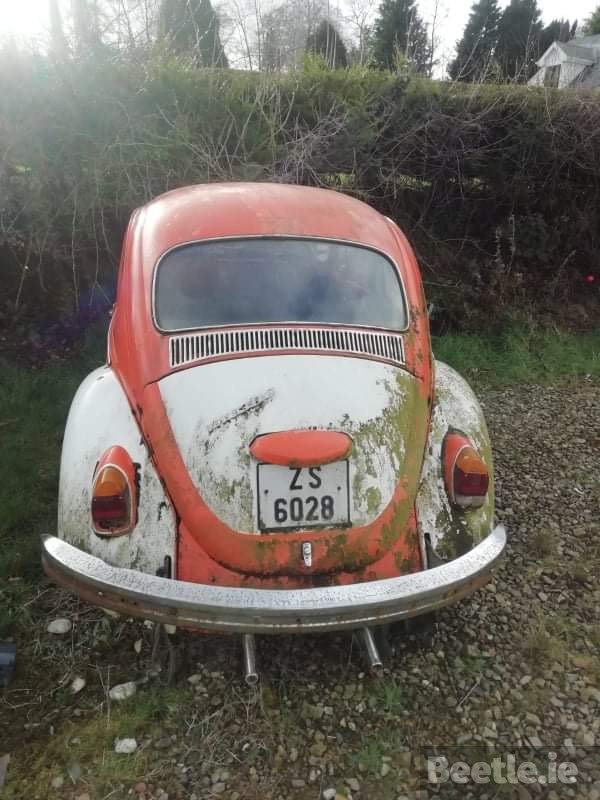 This 1970 1300 Beetle was imported into Ireland and registered to its first owner who lived in Dublin back in October 1986. This was the last year of the old registration system so the Beetle was given the next available registration in 1986 which in this case was in the ZS range. Tony Collins is the current owner and he has outlined the history below:

“I bought in June from a girl who lived in Arklow. She owned the car from the 1990s and I know the car since she bought it. I worked on it in my teens. I still have it. It was bought to get a gearbox to convert to straight axle on my Split Panel Van which is in and done. The engine is a single port 1300cc which I am gathering parts to bring it up to 1600 while maintaining the single port. I want the engine in the Split to look period correct. I have since sourced a gearbox and a 1200 engine to put back in the Beetle. I want it rolling again. Plan to do the floorpans, heater channels, A-posts and see how I feel. I’m tempted to convert it into a Beetle van because a Standard 1970 Beetle is not really on my want list. I could be convinced to sell but it’s not really going to make much money.”