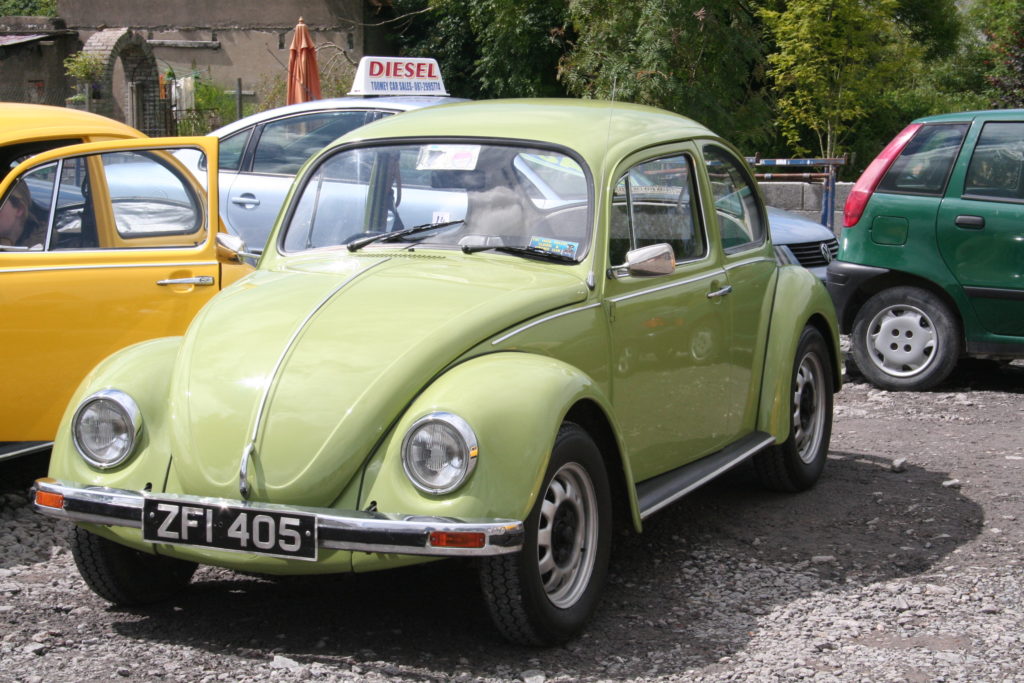 Being a 1977 model, this Beetle is one of the last batch of Beetles to be made here in Ireland.

This Beetle was built in Dublin in late January 1977 and was finished in Manilla Green (L63Y). It was then sent to Spooners VW dealers in Roscrea where it was sold from. It was registered in February 1977 in Tipperary South. It looks to have been minded over the years and was showing all the signs of being  pampered when we spotted it at Martin Murray’s Eirespares Show back in 2007.  We’re not sure when the Marathon wheels were added but they look great on this otherwise stock Beetle. A respray and new (trimless) window rubbers tell us this Beetle was being looked after.

UPDATE 21-1-10: We love updates from new owners. This one came in from Patrick who recently bought ZFI 405 in Galway and drove it back to Dublin. As you can see Patrick’s Beetle has had a colour change and has new whitewall tyres wrapped around new wheels and hubcaps. He’s loving his new VW and we wish his many happy miles behind the wheel.

“Hi guys, my name is Patrick. I currently am lucky enough to own this Beetle! I’m in south Dublin. The car has been given some TLC and a respray, and is my pride a joy!”