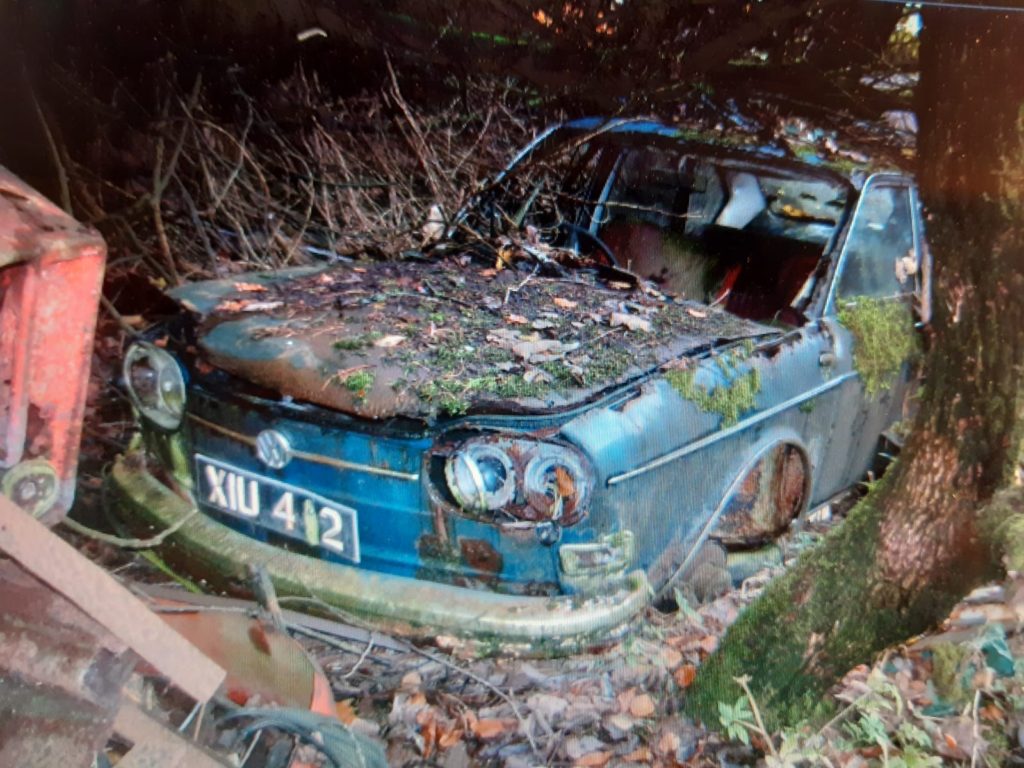 Built in 1970, this now very rare Type 4 411LE was registered to its first owner in County Limerick hence the ‘IU’ registration in mid 1970. Finished in Metallic Blue, this 411LE must have seemed a very advanced car to all who saw it back then but time was not too kind to this VW as you can see from the photos supplied by Paul Grogan. Paul spotted this 411LE in a scrapyard in Lattin, County Tipperary a number of years ago. We can only assume that if it is still there, it is probably sitting further down into the mud and disintegrating by the day!

VW’s Type 4 was very different in design and build to any other model in the range as it was a unibody construction, used MacPherson strut suspension which was then used in the 1302 and 1303 model ranges. The Type 4 also came with twin carburetors initially but in late 1969 fuel injection was introduced which this particular 411LE would have had. Other features included ventless driver and passenger windows and an Eberspacher petrol heater, heated rear window and full carpeting throughout the cabin. This was to be VW’s flagship model but it never took off, some say due to a fear of the fuel injection system and the issues that arose from the inability of some to set up the fuel injection correctly. It was also heavy on petrol which put many off. It’s a shame really as it was ahead of its time in terms of technical advances.

The Type 4 may have seen the chopping block in 1974 but its pancake style Type 4 fuel injected engine lived on in Type 2 Bay Windows until the end of production in 1979.