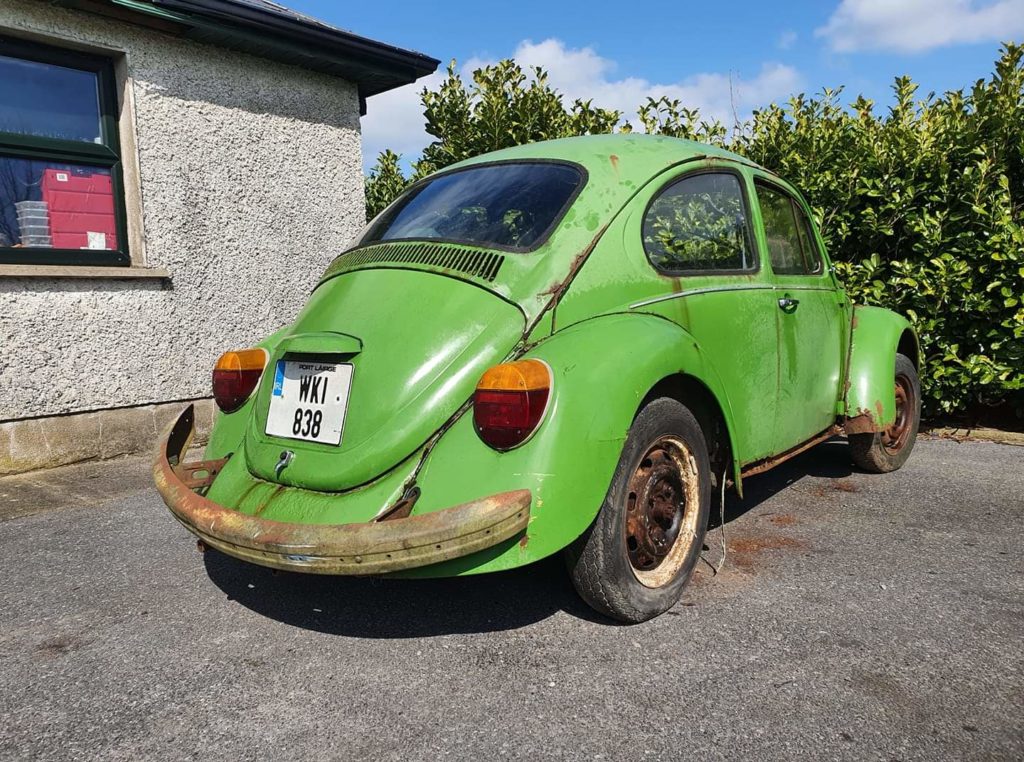 It’s always great to see new VWs unearthed and this is one such VW. Originally sold from Andrew Dillon & Sons in Clonmel in November 1977 to a Waterford based owner, this Beetle found its way back to Clonmel at some point. In 2001 the Beetle was offered for sale and it was bought by a gentleman in Tipperary who planned to restore it but as is often the case, the owner lost interest and the project stalled. Fast forward 20 years to April 2021 and father & son team of Eddie and Hayden Cotter from Cahir in County Tipperary heard that there was a Beetle down on its luck not too far from them. Jeep fueled and the trailer hooked up, they were gone but were back within a few hours, this time with a full trailer.

This Irish assembled Beetle would have been one of the last off the assembly line, being made at the end of October 1977 when production, although still ongoing was winding down so it’s great to save a special Beetle like this one.

We’re looking forward to seeing what this family duo will do with this VW. One thing is for sure is that this Beetle will not be left for 20 years as an unfinished project when the Cotters are involved!