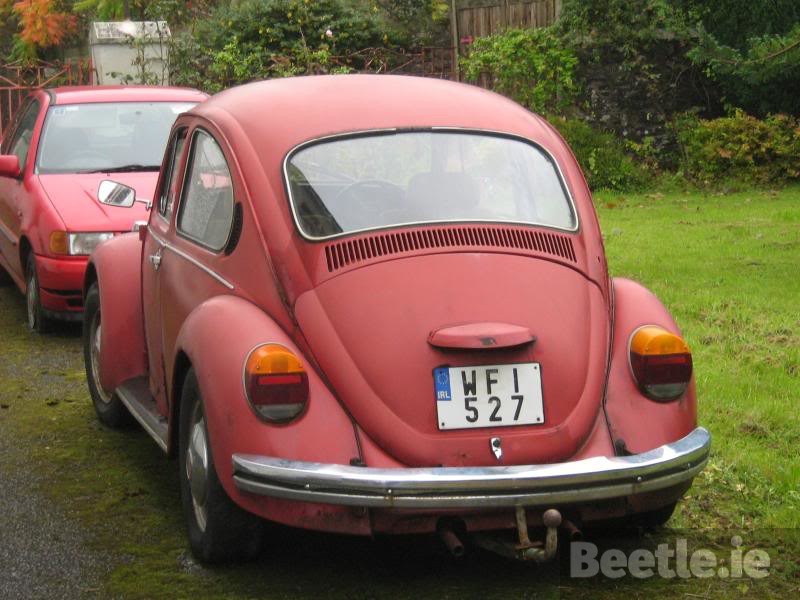 We’re not sure who submitted this entry to us so if it’s you, then we say thanks a million for taking the time to send this to us so we can add to the Beetle.ie Census.

This straight looking Beetle is a 1975 1200. It was assembled in Dublin in the summer of 1975 as a Deluxe model, so full headliner, chrome bumpers etc. It was then sent to Spooner’s of Roscrea, the main VW dealer in the North Tipperary area. The Spooner family sold this Beetle to its first owner in July and it was registered on July 10th with its Tipperary North registration number.

The Beetle, although looking like it’s finished in Senegal Red, it was originally finished in Lofoten Green (L61H) and resprayed at some point in its later life. From what we can recall, this Beetle has been sitting up for quite some time which isn’t great news on the rust factor especially when it’s parked on grass.