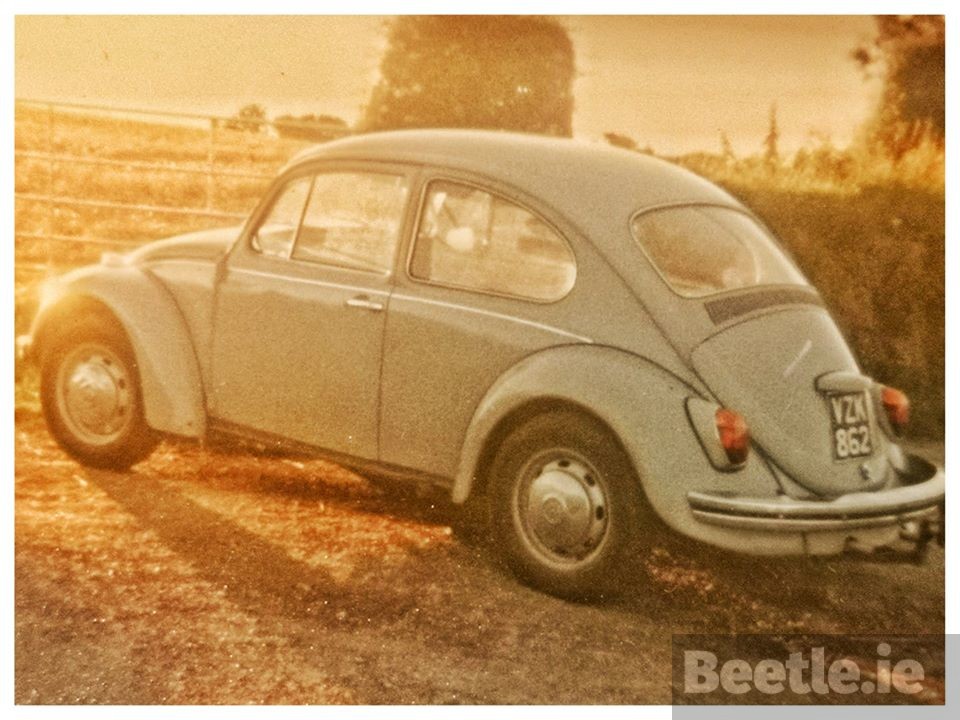 Although this Beetle is now owned by Dillon Tobin, it was Roger O’Sullivan that submitted the story as he has very fond memories of this 1970 Beetle.

“I loved to get a lift home from school in this Beetle. It was my neighbour’s VW. I took this photo around 1985 I think it was. The original owner bought it new and when he died in the mid 1970s it was then kept in a garage for a few years before his nephew used it in the 1980s all the way up to 1990.”

From the nephew of the original owner: “My uncle bought this Beetle new in 1970 from O’Callaghans of Kanturk. The phone number was Kanturk 35! He traded in a 1959 Ford Anglia against it. I have the purchase document listed at £850 Irish pounds.”

From Dillon Tobin who now owns this Beetle: “I own this Beetle now. It’s in a garage at my parents house outside Ballyhooly in County Cork. I’ll try and dig out some pictures of it. It’s in a very sorry state. I got it maybe 15 years ago from a car breakers in Pouladuff.”

Beetle.ie: This Beetle was built on MDL’s assembly line in Dublin back in March 1970 as a Chinchilla Grey 1200 Beetle Deluxe. It was then sent to O’Callaghan’s of Kanturk which the nephew of the original owner recalls. His uncle bought it and it was registered VZK 862 on April 15th 1970. It’s great to see that this Cork registered Beetle is still in County Cork after all these years.