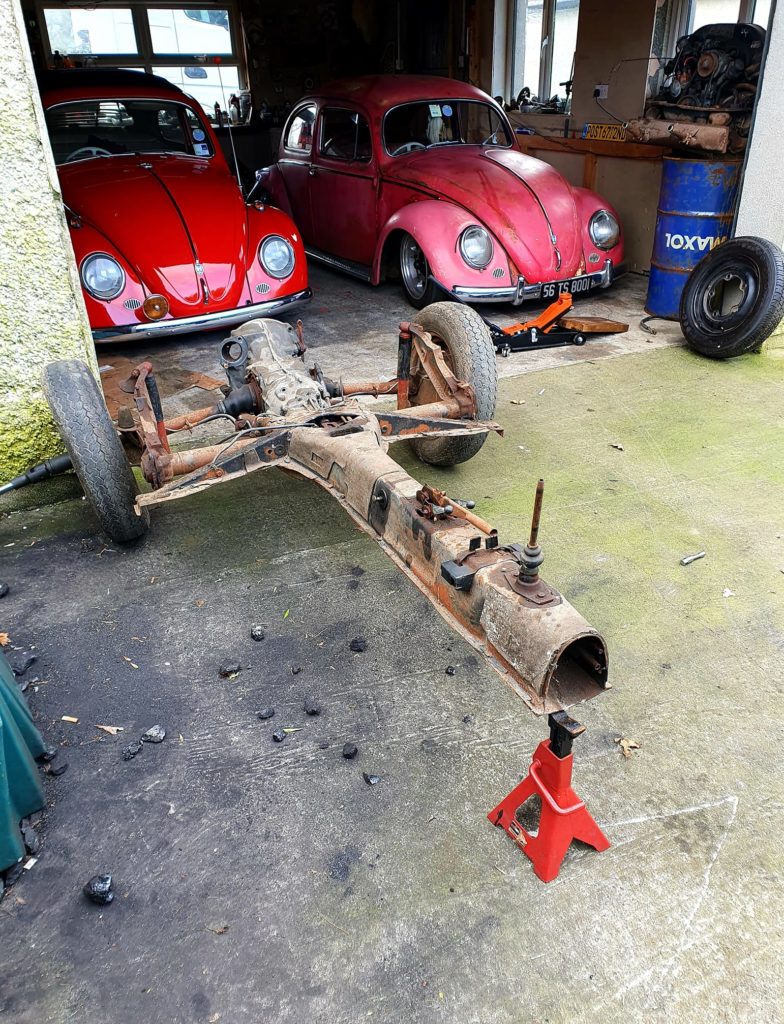 Believe it or not but this listing is not for either of the red Beetles in the background of this photograph, but instead, this listing is for the other Beetle, or should I say, what’s left of it!

Father & son duo have rescued this Beetle project after it sat for many years. The story goes that the previous owner had intended to build a trike using the chassis and spine form a Beetle. The project was started by removing the very rusty body and cutting the chassis and spine just ahead of the gearlever. Sadly, that’s as far as it got and the Beetle/trike project gathered dust for years to come.

Having been advertised for sale, the Cotters realised that this was a Tipperary registered Beetle originally and being from Tipperary themselves, it was worth saving.

The chassis is all that remains apart from the original logbook and the number plates. In reality, many restorations get to this point during a full restoration but by buying the project as it is, the Cotters have skipped the messy stripdown stages and gone straight in at the welding new floorpans stage. A replacement body is required so if you have one for sale or know of one then we can put you in touch with this brave restorers.

What we know from our own investigations is that this Irish assembled Beetle was finished in Gemini Blue (L96E) and left the assembly line as a 1200 Beetle Deluxe. It was sent to Spooner’s of Roscrea in June of 1974 and was sold to its first owner shortly after. The first owner lived in Tipperary North Riding hence the FI registration. We can’t wait to see this Beetle hit the Tipperary roads once more.