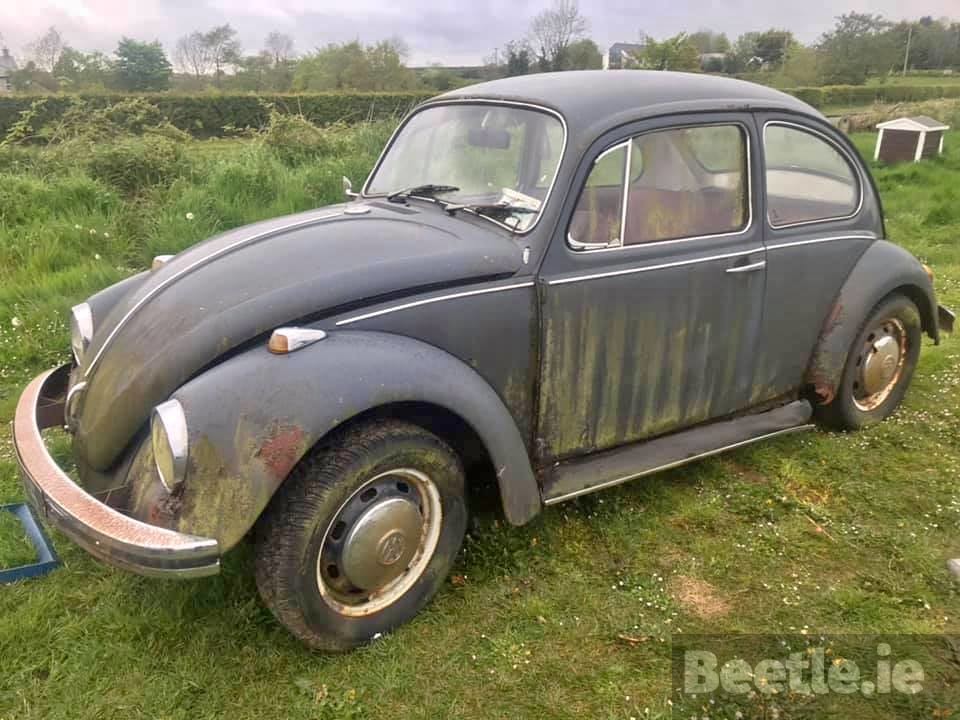 These photos were submitted by Jim McCallum who received them from his friend after he saw it for sale. It’s a 1968 Beetle  that was assembled in MDL in June 1968 as a 1200 Beetle Deluxe. It was finished in Anthracite Grey (L469) with a red vinyl interior, possibly one of the best colour combinations on a Beetle. Once it was given the all clear by the inspector it was sent to Chris O’Mahony’s Volkswagen dealership in Cork. The following month the Beetle was sold to its first owner in Cork and was given the registration UPI 715 on July 12th.

Jim: “My mate sent me these photos of a Beetle he saw for sale a few years ago and I thought you might like to add it to your census. It was for sale for £750 in Magherafelt in Derry. I don’t know what happened to it.”