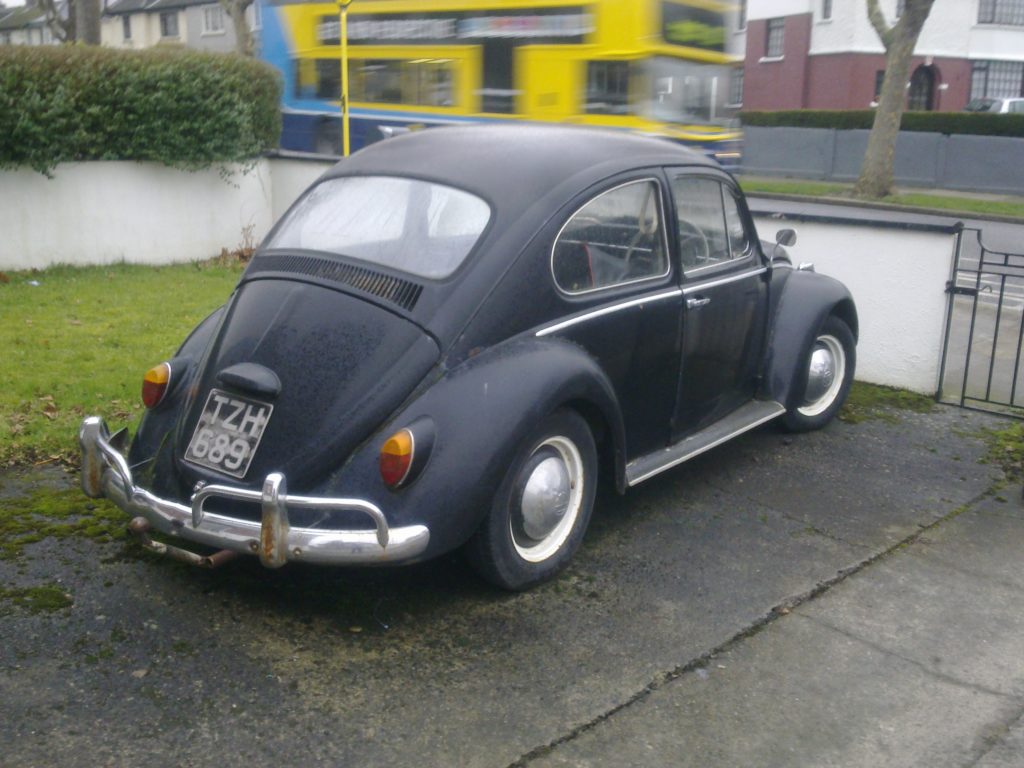 The 1200 Beetle Deluxe was assembled in Dublin in March 1965 and finished in Black (L41) before being sent to Grange Motors in South Dublin. It was from Grange Motors that this Beetle was sold to its Dublin owner on April 9th 1965.

We lost track of the Beetle after these photos were taken so we’d love to think that it made it back onto the road again. It looked quite well and didn’t look to have suffered too much in terms of rot and was certainly an excellent base for a restoration. We loved the look of the towel rail bumpers which were a special order back in 1965. The towbar was another accessory that the owner added.