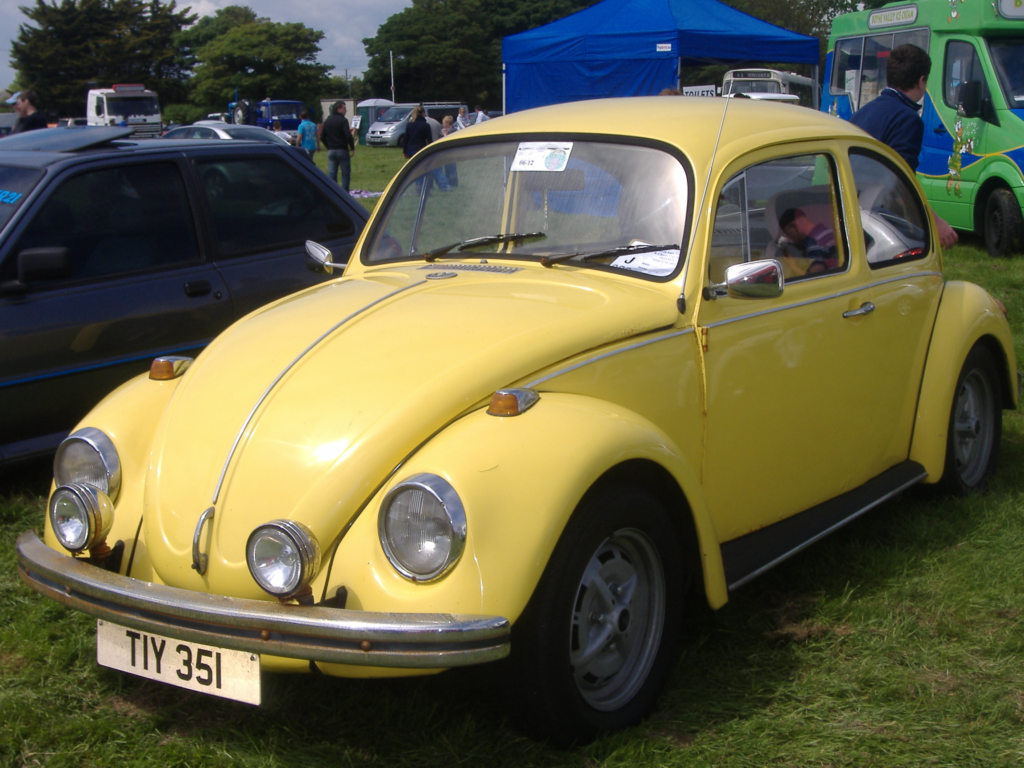 This County Louth registered Beetle was last seen back in 2012 at the Mosney Classic Car Show. It was there that Jim McCallum admired it and photographed it.

Assembled in MDL on the Naas Road in Dublin, this Rally Yellow (L10A) 1200 Beetle Deluxe was sent to PMPA in Dundalk, County Louth to be sold. These VW dealers sold the 1200cc Beetle in January 1974 and it was registered on the 23rd of that month.

When Jim looked over this Beetle he could see that the original steel wheels and hubcaps had been changed in favour of 4.5″ Lemmerz GT Beetle rims. There have been a set of chrome spotlamps fitted also. The window rubbers have been replaced with trimless versions which may mean it has had a ‘windows out’ repaint over the years.