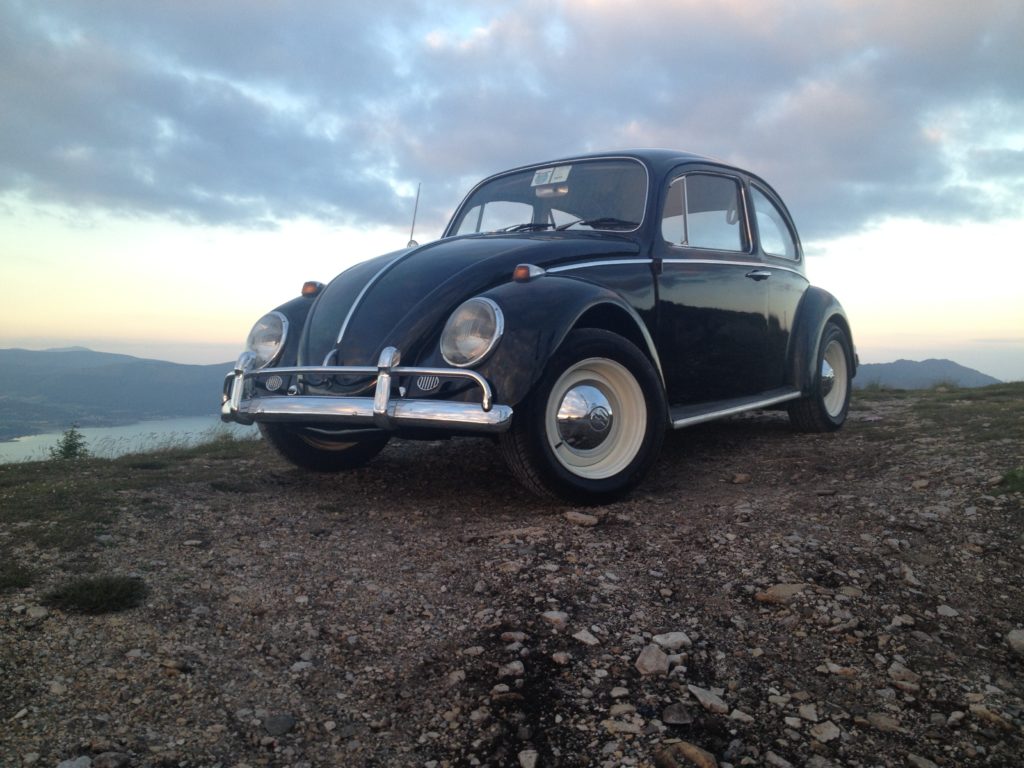 I bought the Beetle off a fella from Drumcondra in Dublin in 2010.
His parents bought it for the kids including himself to use to drive to college the beetle was passed from one child to the other when ever they finished college the car was passed to next in line, he was the last to go to college so he got to keep it.

A woman sold it to his family she had it from new, so I’m only the 3rd owner,it was registered on the 9th of April 1965.

The glass still has the shamrock stamp I know how rare the glass is so I was bricking it removing them.

I paid €2,200 for it which looking back was way too much for the state it was in. There was poor attempts made to repair the wheel well and heater channels along with the rear quarter panels from previous owners. Bottom of the doors was in bits also actually pretty much the bottom 6 inches has to be replaced.

I’m getting married next year so I want to use it as a wedding car (gives me a deadline) I had to do a bit of work to it when I first got it but to be honest I should of took my time and done it properly but just wanted to get it on the road ASAP. Some of the panels I used were Brazilian and poor quality rusting after two years.

I have it back down to metal at the moment. I bought quality panels from VW Heritage and imported doors from California via FBI. My father and brother are mechanics . My father served his time on Beetles when he was starting off, he’s 70 this year. He came in handy and helped rebuild the engine after wearing out a bearing on the crank shaft.

NOTE:  Hi Ger, we had some old photos of your Beetle from when it was offered for sale so I hope you don’t mind that we’ve added them to your listing here. I’m sure you have them already as they were from the ad. Thanks for sharing your story Ger. Best of luck getting your Beetle ready for your wedding. The Beetle.ie Team