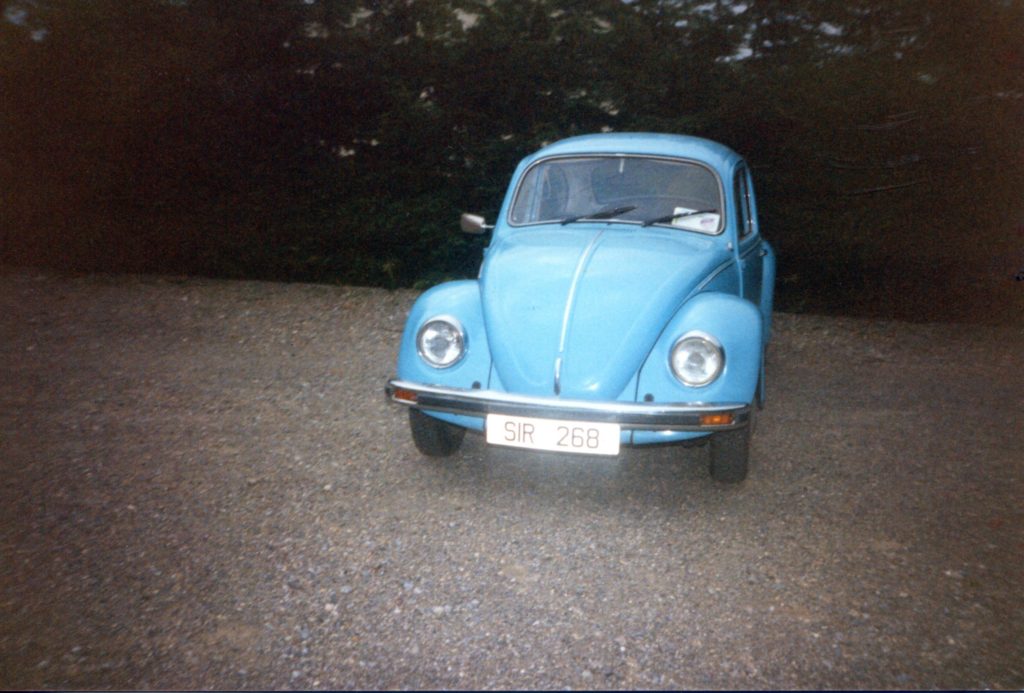 This photo dates from back in the early 1990s and very little is known of its background. The Beetle itself is a 1977 1200 Beetle Deluxe that was first registered in County Offaly. At the time these photos were taken, the Beetle was being offered for sale but we do not know what happened after that. SIR 268 appeared to be in excellent condition so you would expect it lasted for quite a few years, possibly into the early 2000s at least.

Delivered to Cunningham’s of Portlaoise, the Miami Blue (L51C) 1200 Beetle Deluxe was registered in February 1977. Did it survive? We’ll wait and see.