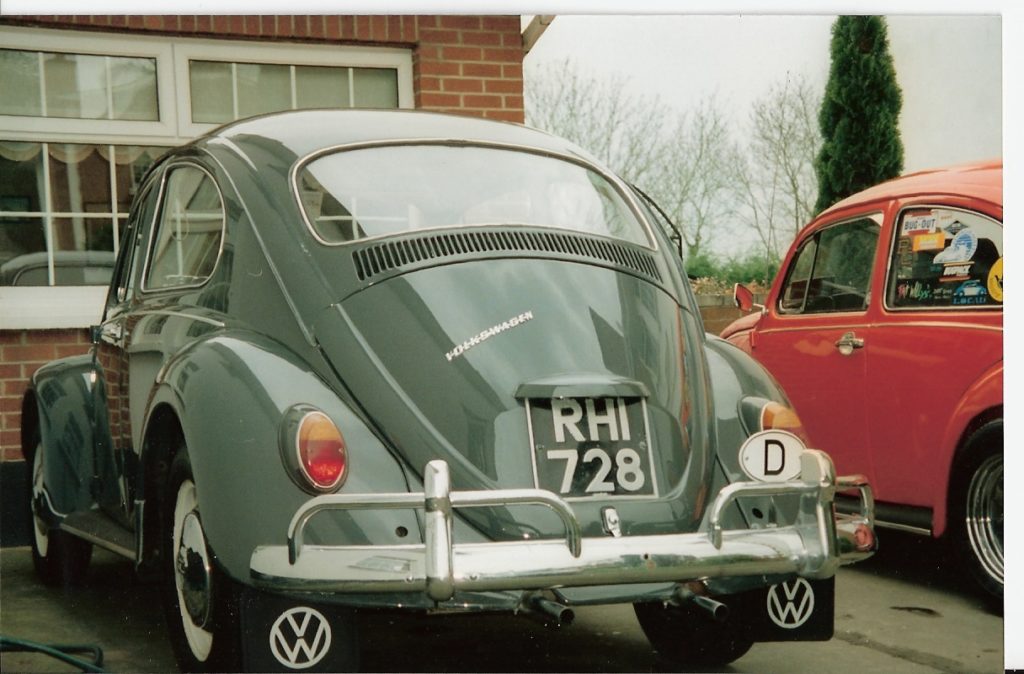 24th March 2018: This 1967 Beetle was gathering dust in an old part of Pierse Motors when I found it back in the late 1990’s. This was just before the old buildings were knocked to make way for their new showroom. Once I got it home I could see it was a solid Beetle and had been the subject of a full restoration at some point. After a good clean and mechanical overhaul it was back on the road for some summer fun. A friend of mine sold this for me from his garage and I believe this Beetle is in Dublin now but I’m not sure.

30th July 2019: I’m delighted to say that we have found out more information about this beautiful 1967 Beetle from the people that restored it. Conor Tierney and his father restored this Beetle and just recently Conor contacted me with the following information and some old photos:

“We bought the Beetle in 1991 and went about restoring it at home. I gave £425 for it from an ad in the Nationalist. It got 4 new wings, front valance and the bottom 6 inches all the way around in Veng panels. I think we put a new gearbox in it as 4th gear was gone on the original ‘box. We also did up a 1965 Convertible Beetle and we used the towel rail bumpers from that on this ’67. We showed it at the Beetles Reunion at the Two Mile Inn in Limerick in June 1993 and we went to Kilcommon with it also. I sold it to Gerry Pierse in late 1993.”

Thanks for the information and purchase and restoration photos Conor.