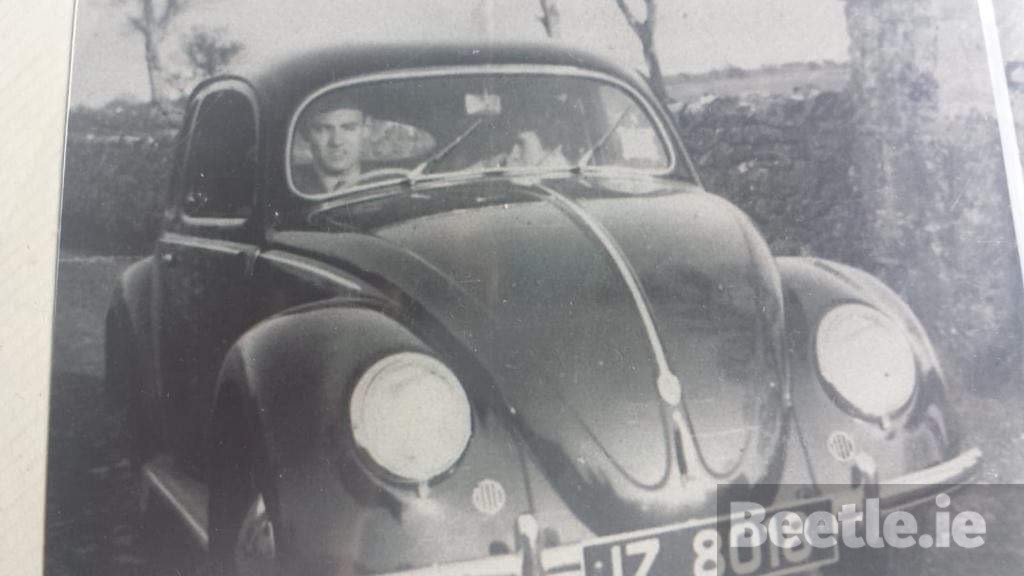 Who doesn’t love a Split Window Beetle, especially a grooved bumper model like this? This Split Window Deluxe Beetle was submitted to the Beetle.ie Census by Declan Langton.

Declan’s friend’s father Bob was the man behind the wheel of this Irish assembled Beetle and he must have loved Beetles because that’s all he drove up until his death in 1989.

All of Bob’s Beetles were bought from and traded back in with McAndrew’s VW dealership in Ballina, County Mayo with the exception of GIS 463 but that was back in 1986 and finding a good rust free Beetle almost a decade after production ceased wasn’t so easy so Bob had to throw his net out further than mayo to find a suitable Beetle.