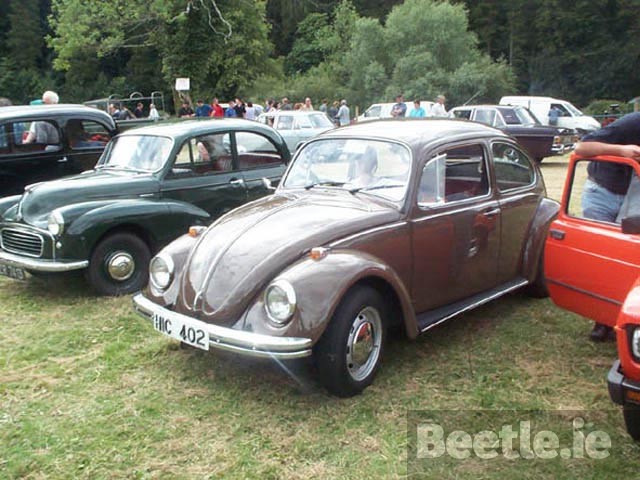 This Havana Brown 1973 Beetle was photographed at the Inistioge vintage show in 2001.

I have included more photos of HIC402 at the Gowran Festival of Speed in 2016. 15 years after the first photo, it still looks fantastic! A credit to the owner 🙂

I found a couple of photos I took at a vintage show in Leighlinbridge in Co. Carlow in 1999. It shows poor old HIC 402 on display on a tow-truck after receiving some “unwanted attention” to the whole right hand side!! As you can see from the later pics though, it was repaired well and has stood the test of time.