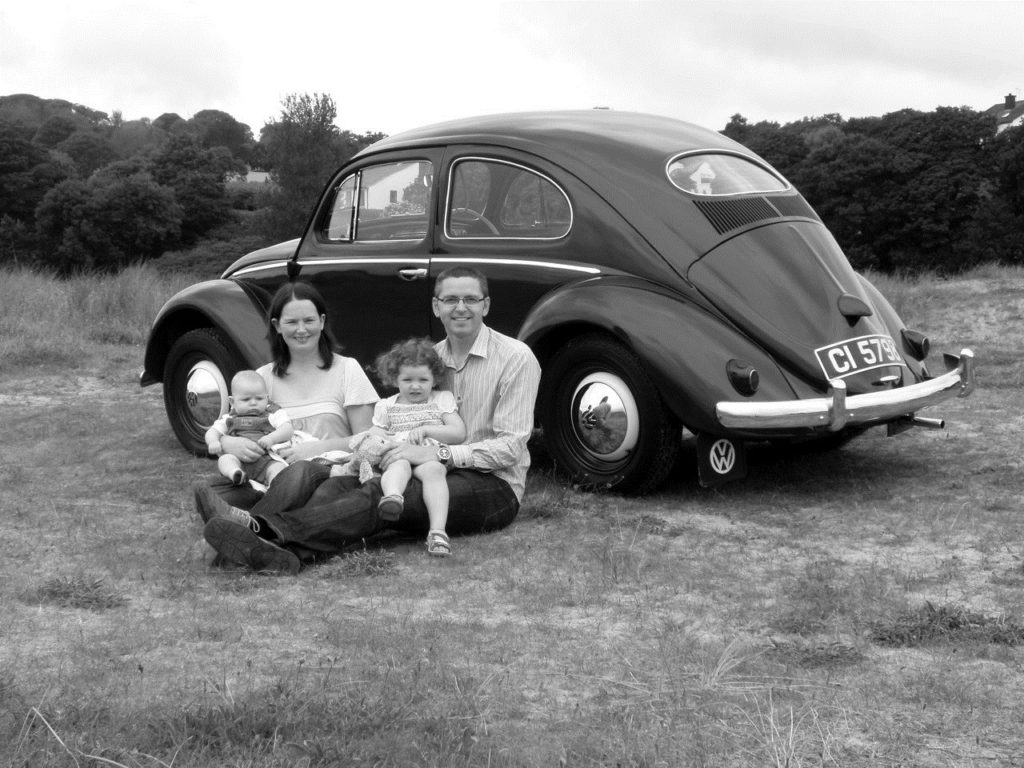 Bought this original Irish CKD Beetle in October 2008 from a man in Co. Cork that spent many years restoring it. I had seen the car many years earlier mid resto but was told it was not for sale. Luckily on my 2008 visit I called by chance to find it was for sale. I didn’t waste a minute and purchased the car. The car has had only one previous owner on the log book, Patrick Lynch, Money Farm, Stradbally, Co. Laois. Patrick worked the farm for the Kelly family and the car was purchased for him to take the farmers maid to the market. The car was purchased by the Sheane family in the late ’70’s and sat in their garage until the late ’90’s until it found it’s way to Cork. It was registered on June 10th 1953. Unfortunately, the car was painted in British Racing Green rather than it’s original colour Atlantic Green (L19).