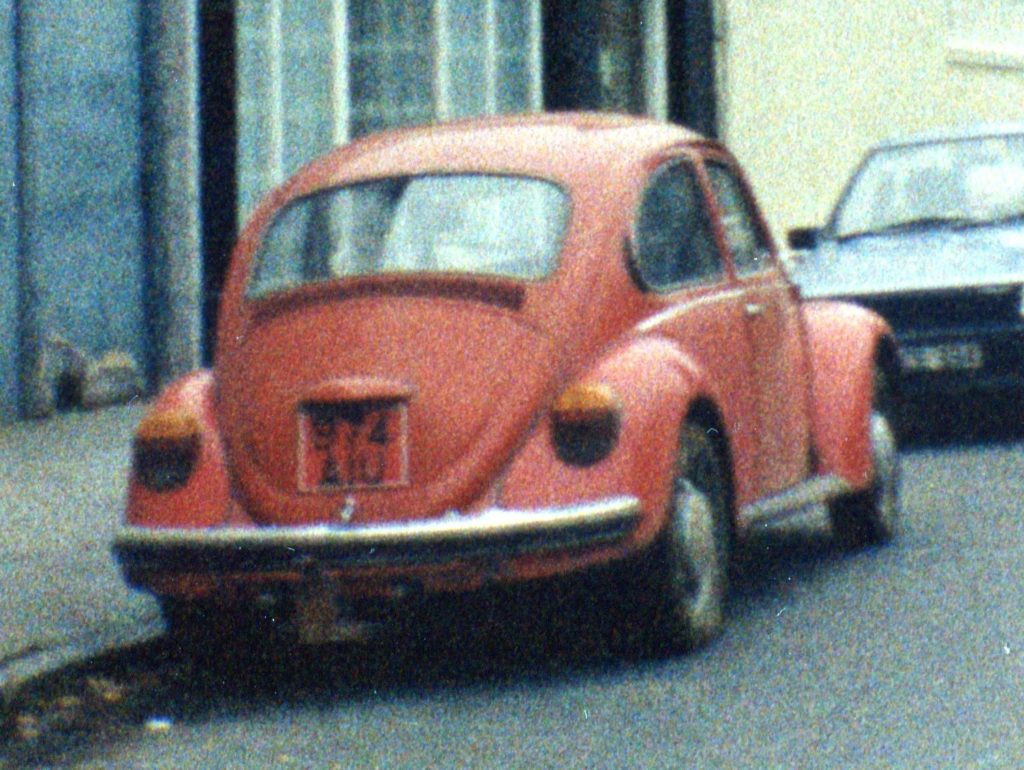 As with most registrations, you can guess with some accuracy what dealer it originally went to so you would think that this Senegal Red (L31A) 1200 Beetle Deluxe would have been sent to Frank Hogan’s VW dealership in Limerick city or perhaps, The Service Garage who were also in the city or maybe, seeing as it has a Limerick County registration (IU) that it may have been sold from Cunnane’s VW dealership in Foynes but this Beetle went to Grange Motors in Dublin when it left MDL’s Naas Road facility. I would imagine that as it was assembled in August but not first registered until October 1975 that it sat in Grange for some time until one of the Limerick dealers requested a Senegal Red Beetle later in the year. We can’t be sure but that wasn’t uncommon then for dealers to do such deals, as it is today.

What we do know is that this Beetle was last seen parked on Quin Street in Limerick city in November 1989, so seeing as it is 31 years to the month that I’m writing this and the fact it hasn’t been seen since, it’s not looking to good for the survival rate but I hope to be proved wrong.