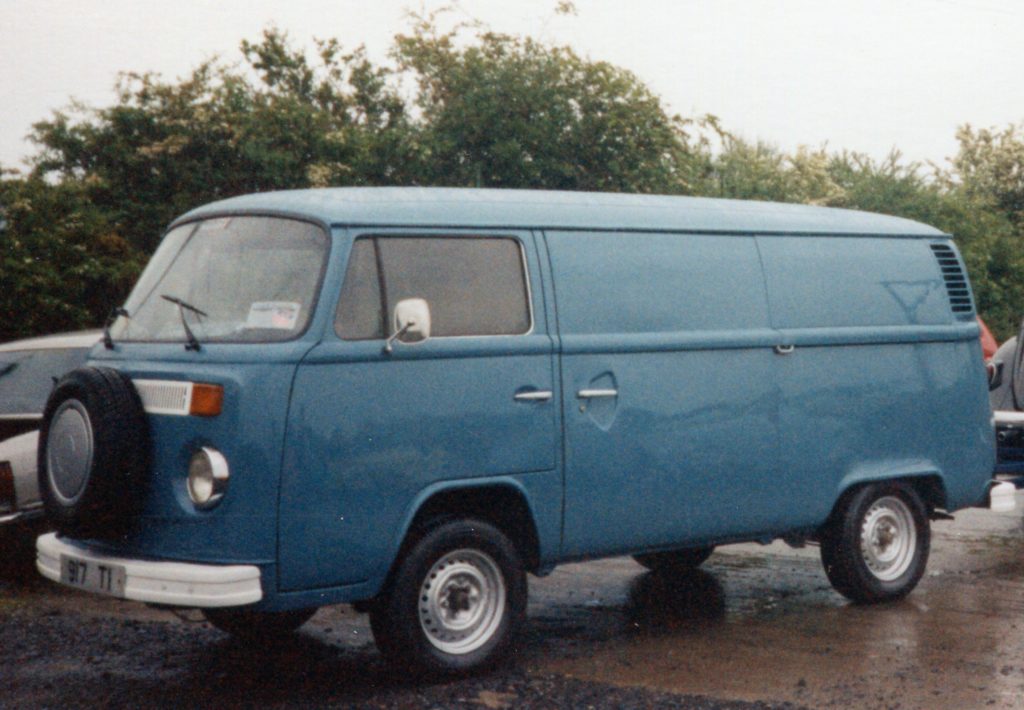 This original Limerick City registered Type 2 was bought new in Frank Hogan Volkswagen in July 1977. Despite an easy life in the care of its first owner who carried nothing other than the shoes he was selling, this Bay Window Panel Van developed an engine problem and was traded into the Standard Garage in Limerick in 1981.

John Hammond saw the van and could see that it was perfectly straight and had obviously been minded very well in its four years. The garage were looking to sell it on as-is and as such it was a bargain price, a price too good to pass up on. John knew exactly who to take it to and that was the ex service manager in the old Service Garage, who were once Volkswagen main dealers in Limerick for many years. Once he heard John driving up, he heard the rattle from the engine knew it was a common fault in these engines which was a loose head. It was a simple job and done in record time according to John.

The van’s easy life continued as John only used it for carrying his music equipment to gigs so when John’s time with the van came to an end, Martin Murray of Eirespares in Monard, County Tipperary didn’t hesitate and bought it there and then. Martin used the van to collect parts and any old aircooled VWs that he had bought. To this day Martin still says he should have kept the van as it was in fantastic condition and needed nothing.