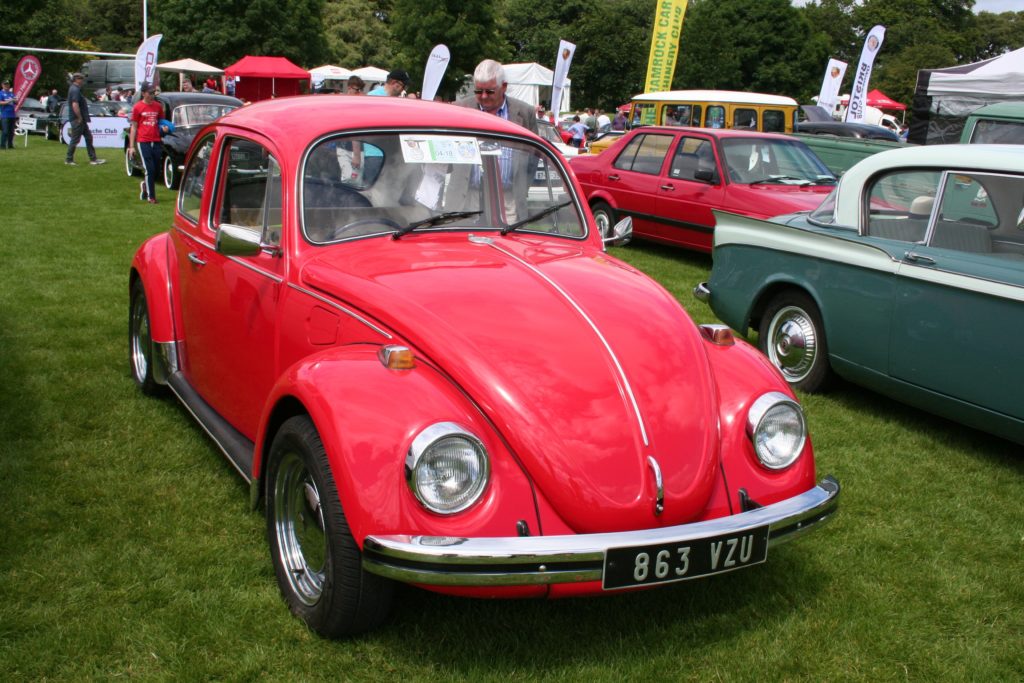 27th May 2019: While strolling around the Terenure Show back in 2017 we came across this really nice Beetle. It was wearing an Emilio’s Beetles sticker and looked fresh so we can only assume it was just out of Emilio’s Beetles having been restored or else the owner really cherishes their Beetle because it was immaculate.

Either way, this Beetle which was first registered in Dublin in January 1970 really caught our eye. The banded stock rims are a nice touch and the cream interior works well with the red paint. We’re unsure as to the engine size but it was originally a 1200cc engine.

2nd August 2019: Here’s something we didn’t know about this Beetle. This beetle was restored by Emilio’s Beetles back in 1993 after Emilio saved this car from the crusher back in 1992. In later years it was used as  one of the Walt Disney’s  It’s a Bugs Life promotional cars. It was brought back to Emilio’s where it was repainted in 2005 . Since then it has been kept in pristine condition with the same owner. So years after it was saved from the crusher, here it is to tell the tale.