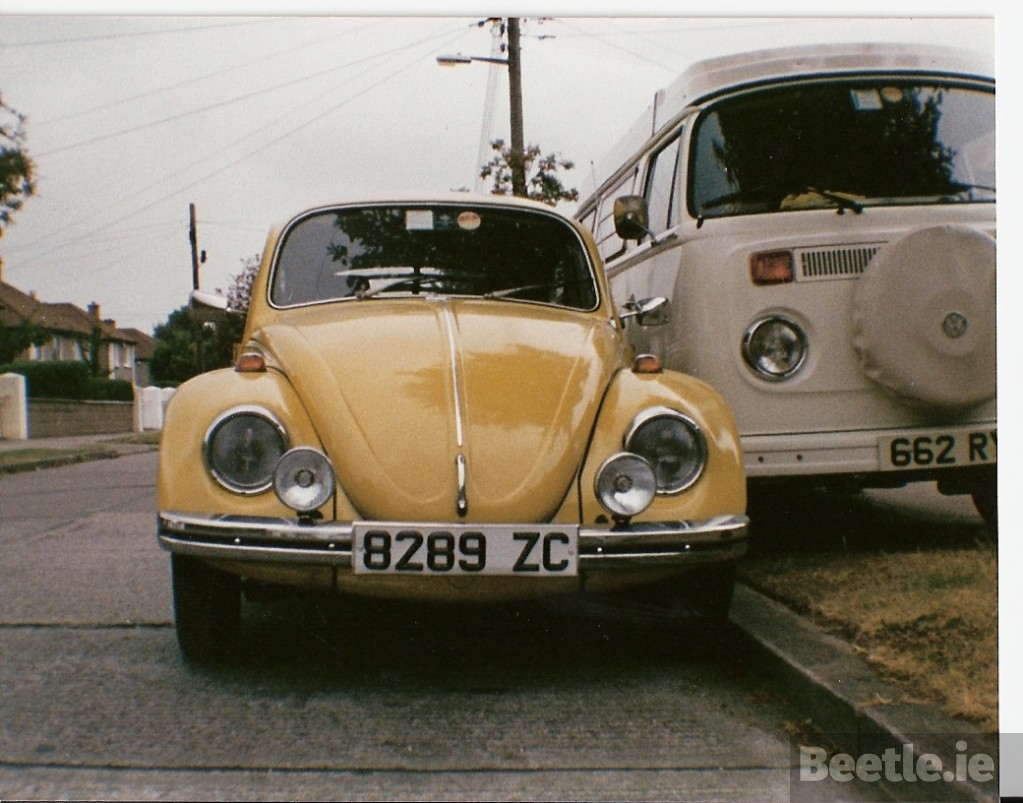 Unlike the 1300S models, this Special Edition, called the Anniversary Beetle was produced in Ireland which is unusual for the European market but it demonstrates the strong position Ireland held within the European VW market.

A limited number of just 300 Anniversary Beetles were manufactured in the Irish VW plant on the Naas Road in Dublin. A much sought after model when released, each dealer received at least two but could order three if they had a potential customer and of course, they also had the option to do a dealer to dealer sale if MDL could not supply them with an extra Anniversary Beetle.

Heated rear window, intermittent wipers, highback seats, a padded dashboard complete with a commemorative plaque, reversing lights, a radio and of course that gorgeous Texas Yellow paint, all combined to make this a Beetle to covet. Customers could order a 1200cc or a 1300cc engine. The latter having a vented engine lid.

This particular Anniversary Beetle left the MDL plant and made the short journey to Annesley Motors. It was then registered in May of 1972. Not much is known of its life after that but we caught up with it once more when we took these photos in 1989 when it was owned by Eilish Honan who lived in Dundrum. The Honans were a big aircooled VW family and could easily have a driveway full of VWs at any stage. The Beetle still had the original dash plaque and dad Jack had fitted a glass sunroof, a Kamei rear window louvre and a Kamei engine lid vent cover. The original 1300cc engine was gone and had been replaced with a 1200cc engine.