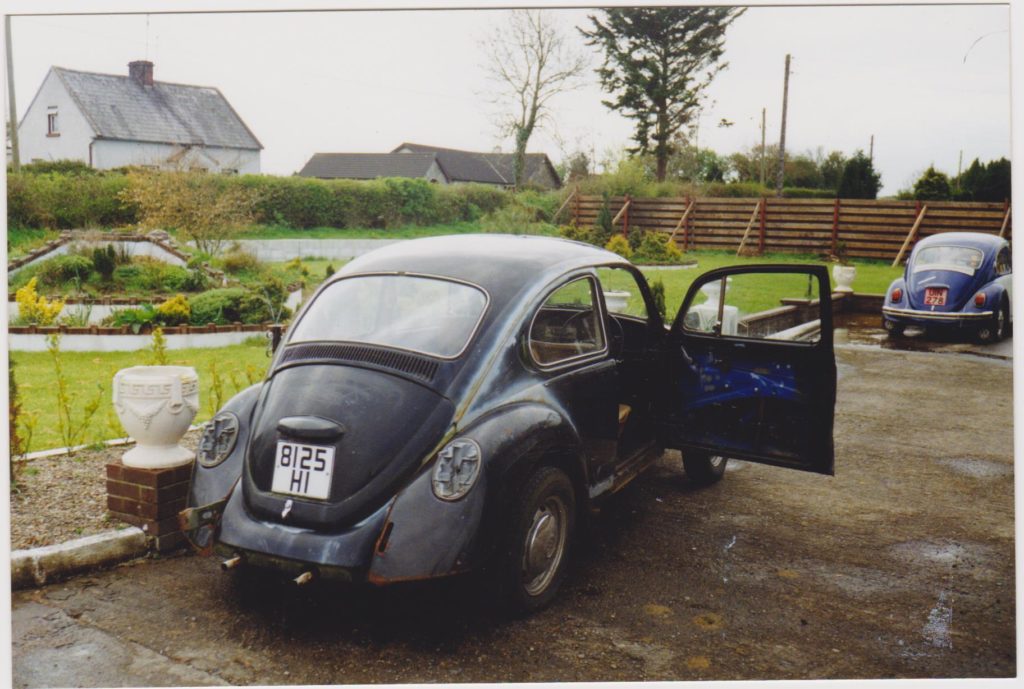 I bought this Beetle from my neighbour Esther Cregan in April 1994. Esther had used it daily but it was sitting for quite a while outside their B&B in Castletroy, Limerick. Another neighbour, Billy Conway was towing it on a rope, with me at the wheel, to a garage I was allowed use about 10miles from Esther’s house. Halfway there the o/s/f  wing came loose and caught in the front wheel and was ripped off, bouncing across the bonnet of an oncoming Nissan 100NX. What was a cheap Beetle suddenly became very expensive as I had to pay for the main dealer to repaint the bonnet and surrounding areas that got scratched on the Nissan.