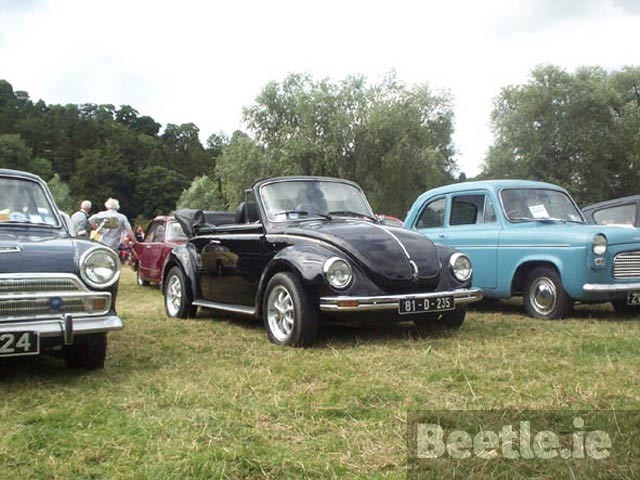 This beautiful black 1303 Karmann Cabriolet was a regular on the South East show scene in the early ’00s. It’s photographed here at the Inistioge Vintage show in 2001. I haven’t seen it since, it was owned by John Finn in Waterford back then.

I also wonder how it came to have a 1981 registration plate. It’s a 1978 model so maybe it sat unregistered for three years back when it was new? Then when imported, it was given a 1981 reg and not a 1978 one. Either way, it adds to the back-story of this car. Every one is unique!!

John Finn got in touch with Beetle.ie to fill in some details on his old Cabrio. He told us it was imported from Germany in 1981 and he sold it on to a new owner in Wexford a few years after the photos here were taken. Thanks for filling us in John!!