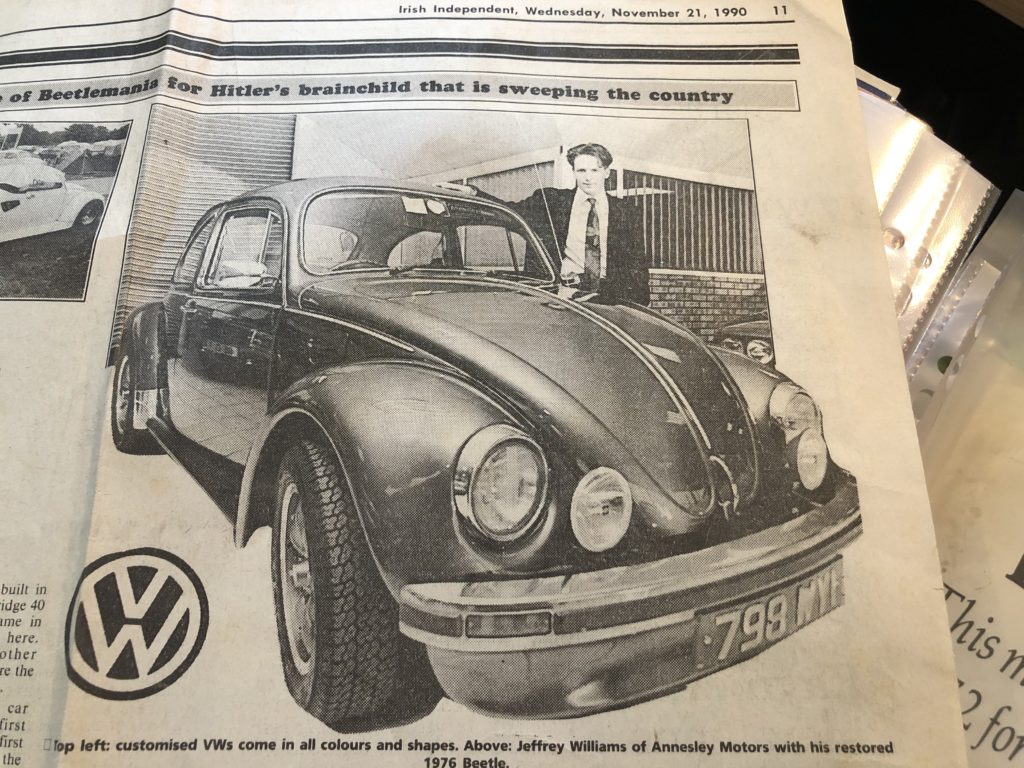 This Beetle has been in the Annesley Williams Family since it was delivered new in 1976 to their dealership. The Beetle left the MDL plant on the Naas Road in November wearing a coat of Atlantic White but is now wearing its third, and much more vibrant colour.
The Beetle was registered on December 2nd 1976 but sat proudly in their showrooms up until the 1990’s when it was commissioned by the then young Jeff Williams as his everyday driver.
In 1990 Jeff’s Beetle was featured in an Irish Independent piece on the popularity of the Beetle.
Move on nearly thirty years later and Jeff is now one of the managing directors of the same dealership, with access to brand new machines of all sizes and specifications but his vehicle of choice when possible is still his trusty Beetle.
In 2018 the Beetle underwent a major restoration with Emilio’s Beetles and had a colour change to Metallic Pearl Blue, a Mazda colour.
As you can imagine after having such a bond with this Beetle, Jeff has no plans to ever sell his beloved Beetle.
All of us here at Beetle.ie wish Jeff many more happy miles behind the wheel of his pride & joy!