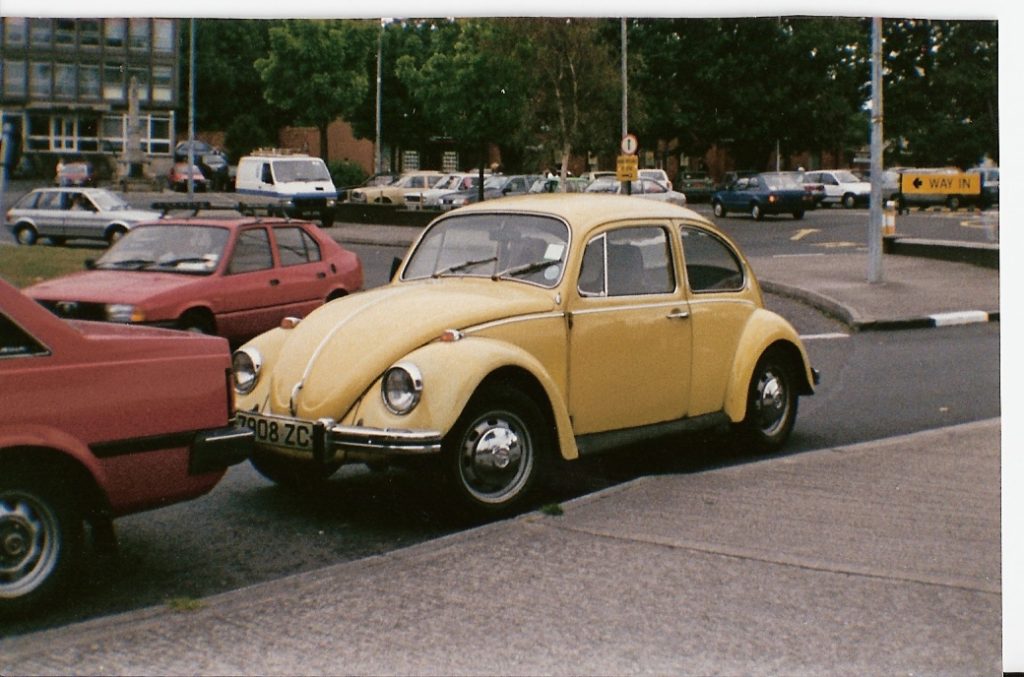 I took this photo by the old Dundrum Shopping Centre in July 1989. Does anyone recognise this Anniversary Beetle or perhaps know its then or even current owner owner?

UPDATE 24-05-2020: More photos & information added. I took the main photo when this Beetle was parked outside Dundrum Shopping Centre but I found the photo of it that I took in Upper Churchtown, as the owner was making their way to the shopping centre. This very rare Anniversary Beetle was assembled in the MDL plant at the end of February 1972. It was given the 1300cc engine as well as all of the other refinements that these very special Beetles received such as heated rear window, highback seats, intermittent wipers, Texas Yellow (L10B) paint and the dash plaque to signify its position within VW’s history. It was then delivered to Grange Motors in Dublin and was quickly snapped up by its first Dublin owner. It was registered in Dublin on March 6th 1972. It was still in excellent condition almost 17 years later when I photographed it 1989. It had a respray on its driver’s side door and an over sized mirror had been fitted. One of the rear overriders was missing but as I say, other than that, it looked to be a very well minded Anniversary Beetle.