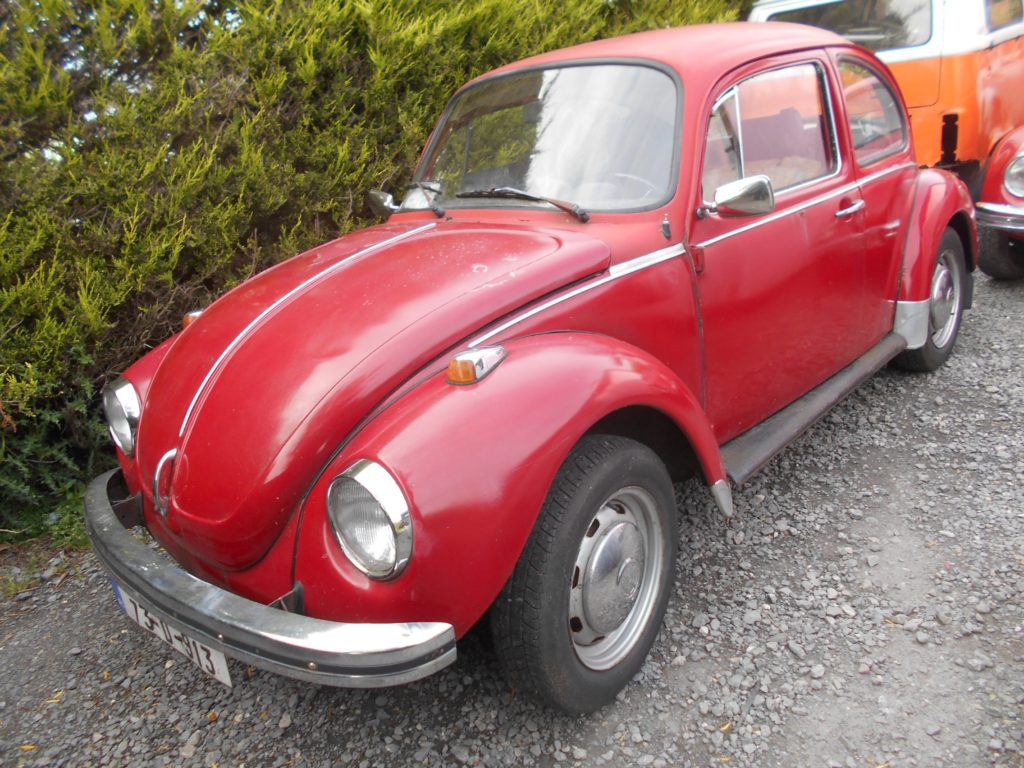 This 1303 Beetle is a daily driver and resides in the north side of Dublin. Being a left hand drive tells us that it’s not originally from Ireland. It was built and sold new in Germany. The current owner was studying in Germany and bought this 1303 to use as his every day car. He loved it so much that when he returned to the UK he brought it with him. When the owner decided to move to Ireland on a permanent basis there was no question in his mind that his faithful 1303 had to come with him. It was registered with a 73-D registration in the late 1990’s. In the early 2000s the owner felt the car was looking a little tired and brought his pride and joy to Emilio’s Beetles to be restored. Once back from Emilio’s Beetles the Beetle was pressed back into daily driver service and it has been in that role ever since. Although it’s looking a little worn now, it shows that this 1303 is being used as it was intended, as a reliable workhorse. The owner really loves his Beetle and has no plans to sell it.