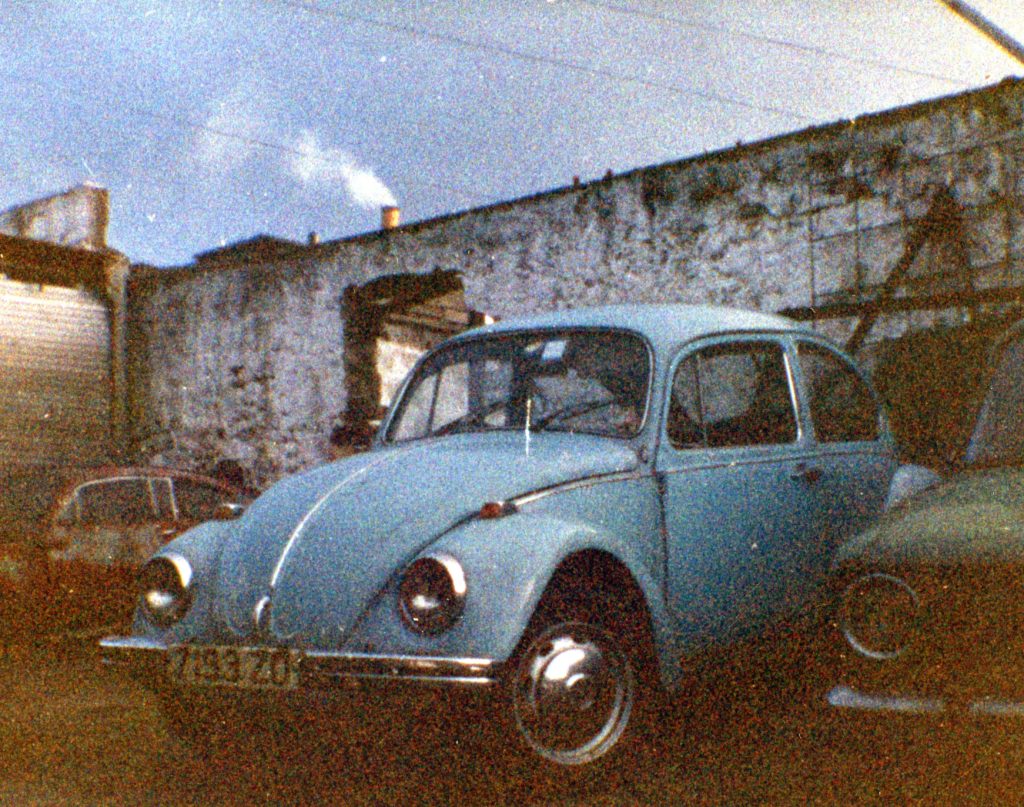 Built as a CKD (Complete Knock Down) Beetle on the MDL assembly line in March 1974, this Miami Blue (L51C) 1300cc Beetle was sent to Grange Motors in Dublin to be sold. It didn’t sit around for too long because it was registered to its first owner on April 8th.

There is a large gap in this Beetle’s history file on this Beetle until I saw it for sale in Dundrum Dublin around 1990. It looked to be in very good original condition and still wore most of its original Miami Blue paint and the original number plates that were fitted in April 1974.

It was obviously sold and had some work restoration done because we believe the Beetle is now finished in black and may even still be on the road today. If you know this Beetle, perhaps you can help fill in the blanks for us.