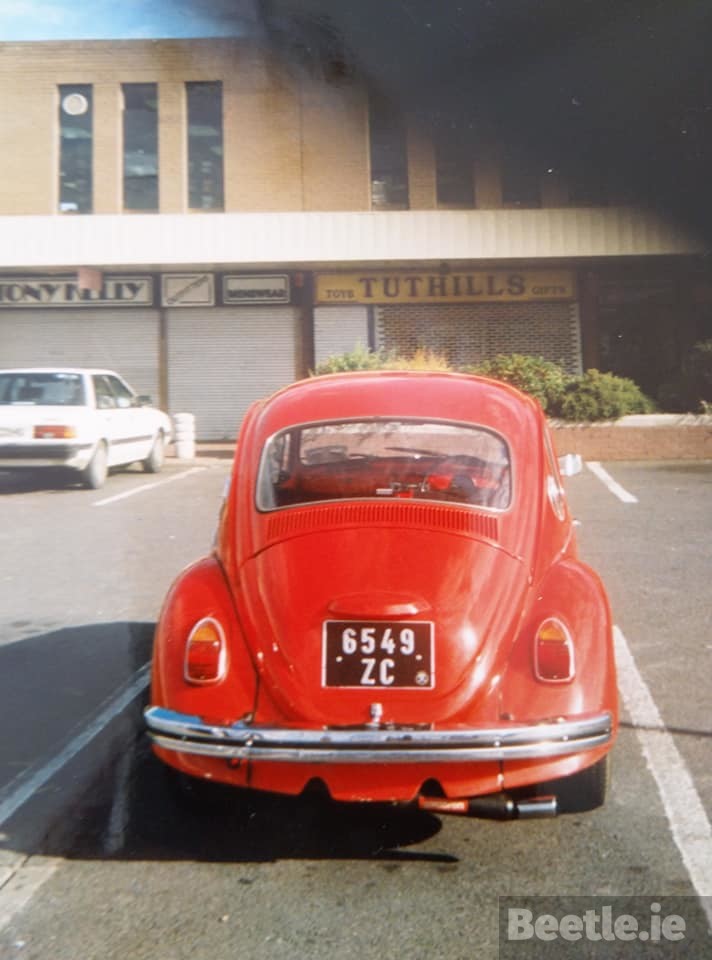 This was our first VW before we were married 25 plus years ago. Great Beetle. I sold it to my brother-in-law’s wife who had it for a couple of years and then traded in for a new model Beetle.

Beetle.ie: Thanks Declan. Super photo and background story. Your old Beetle was registered way back in June 1972, the 25th to be exact, despite it being assembled in January of that year. After being assembled in Dublin as a Kansas Beige (L91D) 1200 Beetle Deluxe it was sent to PJ Woods in Clane, County Kildare where it was sold to its first owner in Dublin.