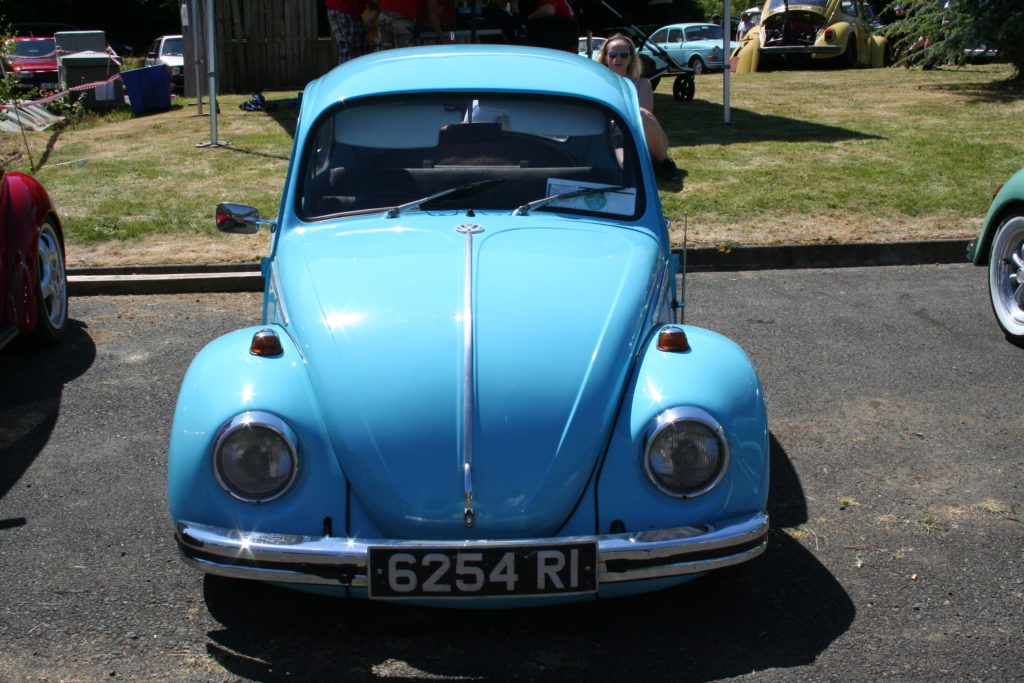 Assembled in Dublin and finished in the unusual colour of Sarum Grey, this 1200 Beetle Deluxe was sold to its first owner in Dublin by VW Motors in Harold’s Cross in April 1970.

We photographed it twice in the last few years and it certainly looks totally different to how it did in April 1970. The paint colour has changed to blue, new wheels have been fitted, Blade bumpers replace the Europa bumpers and of course the most striking change is the stance!

The first set of photos were taken on the hottest day of Summer 2018 at the Ostkuste Luft Car Club Wicklow show which was held in Avoca in County Wicklow in June. The second set of shots were taken at the Brekkie Roll which was held at The Cottage Tea Rooms in Loughmore, County Tipperary back in February 2020, the only static VW event in 2020 thanks to our old friend Covid19