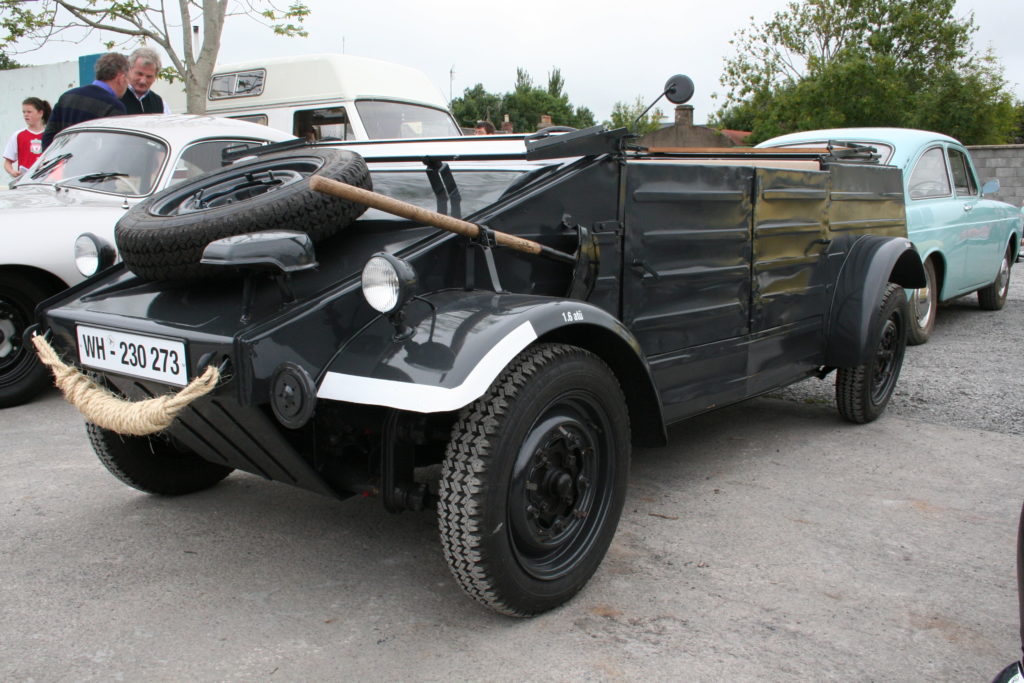 Probably the best replica/custom VW project we have seen in Ireland in a very long time, if ever. The level of detail in this replica is amazing, and all done in a home garage by one man. It’s by no means period correct or even to scale but that’s not what this is about. This is what VW ownership was all; about in the early days of enthusiasts clubs and shows, having fun with an old VW! It was fantastic to see Nigel’s vision brought to life.

Nigel had an idea, a dream to build a replica of a Kübelwagen, not for any other reason than he just wanted to. This wasn’t built for shows or to be accurately correct, more of a ‘scratch an itch project’ that, in the end, was brilliantly executed. Sadly it never quite got across the finish line as Nigel sold the Kübelwagen replica as an unfinished project due to personal circumstances. We’re not sure where it went but we’d love to see it finished and rolling into a show again. The last show we saw it at was Martin Murray’s Eirespares Show in Monard, County Tipperary back in 2010 and as you can see from the photos, it was so close to being finished.

Nigel tells us that the base for his Kübelwagen replica was an 1976 Irish assembled Beetle. “589 LYI was abandoned in a scrappy, saved by me and ever so slightly modified!! WH 230 273 isn’t a real German military reg number, I made it up using family dates!”