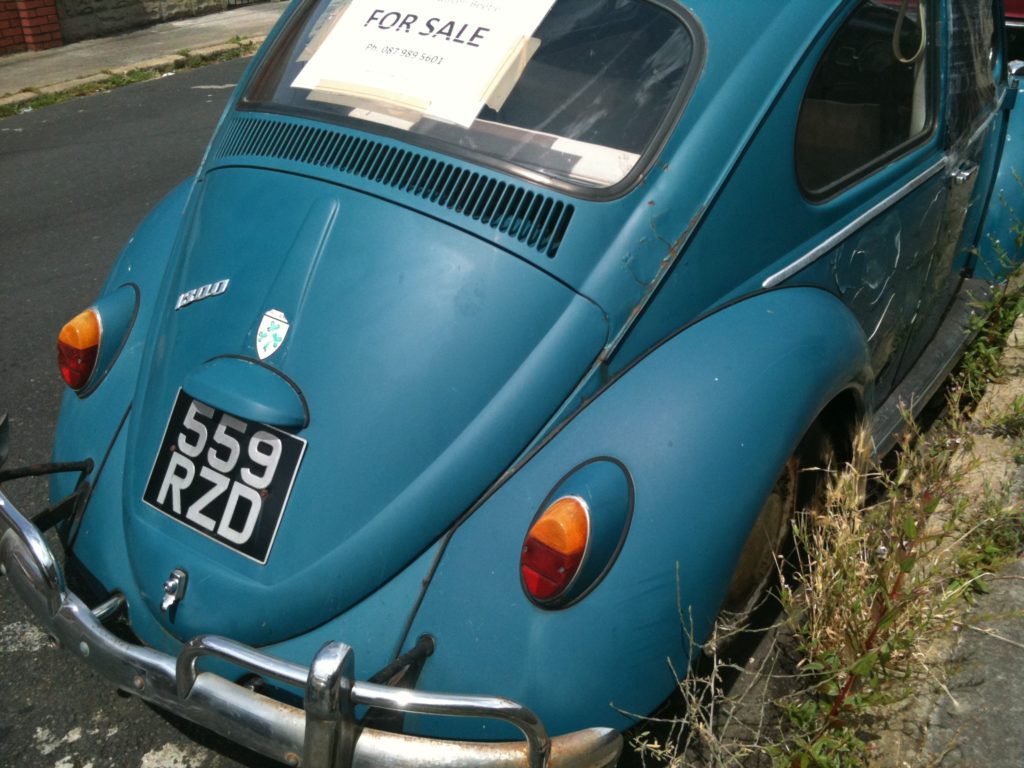 This 1966 Beetle was last seen in Dublin a number of years ago. Anyone in the Dublin VW scene would no doubt have knocked on the owner’s door looking to save it or at minimum, heard other VW enthusiasts talking about this poor Beetle.

It’s a UK import that hit these shores in 1978 and was given the next available Dublin registration which was 559 RZD. Sadly at some point in the last few years it was left sitting outside the owner’s house and did not move which made it a target for vandals who took out the driver and passenger door windows. Water had been pouring into the cabin and there was obvious signs of rust.

I spotted it one day and enquired about it but the price being asked was too high for its condition so I, like many other VW enthusiasts before and after me, walked away. Last we heard it had been sold and was in a container awaiting a restoration. Hopefully 559 RZD will see the light of day again very soon.