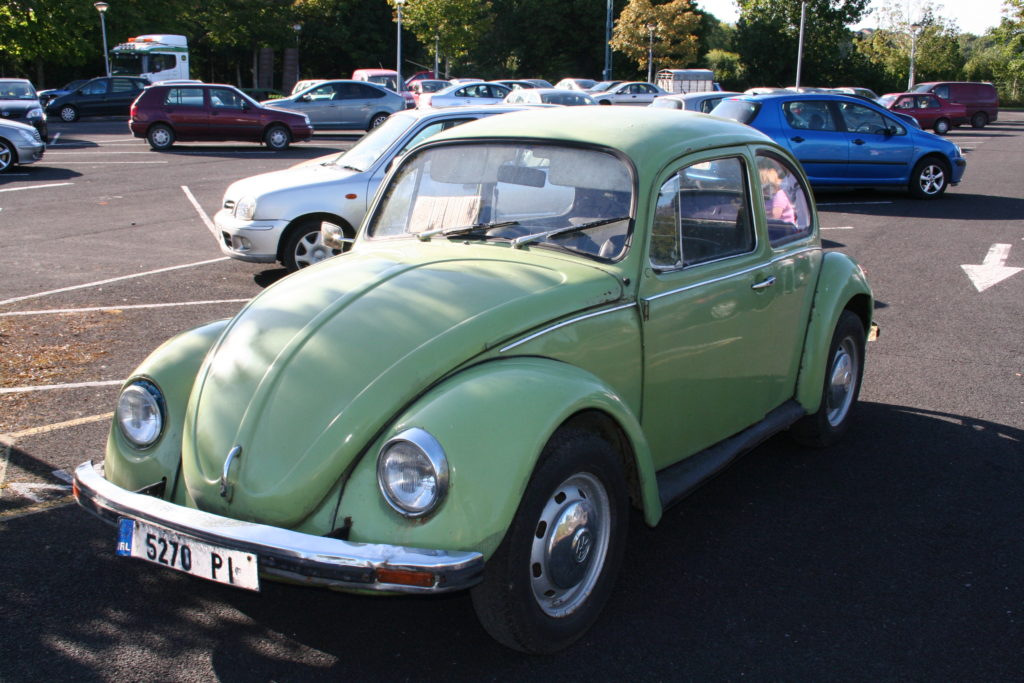 This rather down and out looking Beetle was photographed at the Milford Hospice Harvest Fair in Limerick on the 29th August 2010. The owner had brought it along to sell. It was rough around the edges but that doesn’t mean it was beyond restoration, in fact, it could have been put on the road as it was, for a short while anyway! It was certainly a nice base for a restoration and hopefully 5270 PI found a new owner who was willing to bring this Beetle back to its former glory.

This 1200 Beetle Deluxe was assembled in Dublin in January 1977 under the CKD programme. May ’77 was when it was finally registered so it’s possible that it was on the road with ‘For Reg’ where the number plate should be. Demand was high in 1977 for the last of the Beetles so it is unlikely that it sat on the forecourt waiting to be sold which is why we feel it was on a For Reg for a number of months. The selling dealer for this Manila Green (L63Y) was Chris O’Mahony Volkswagen dealership in Cork.