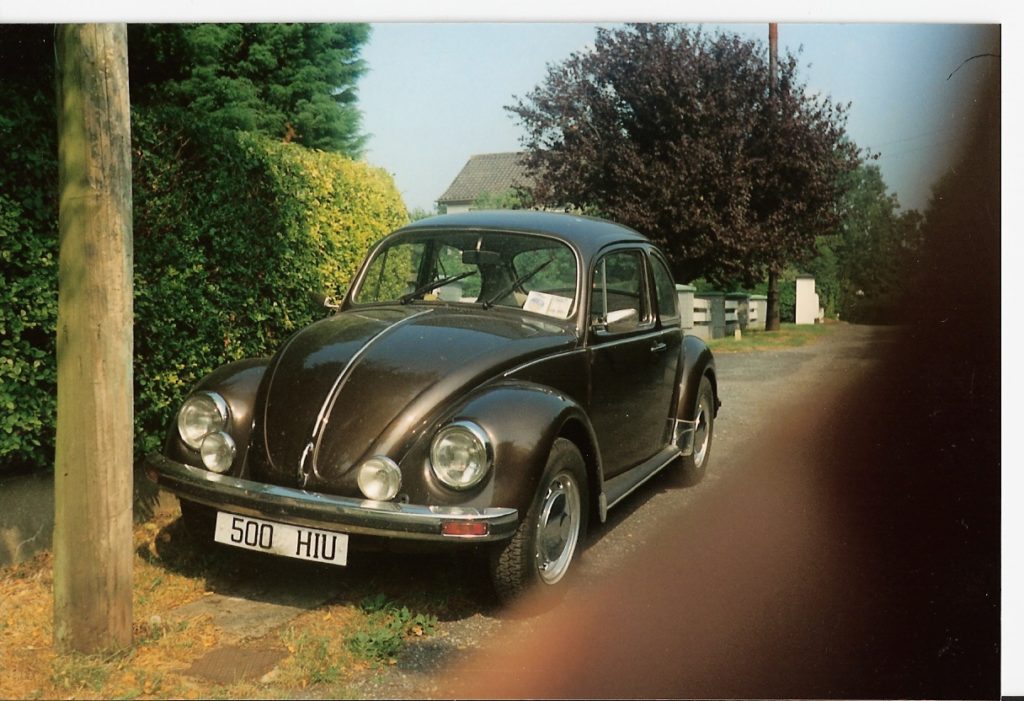 This Havana Brown Beetle was originally regisitered in Limerick County back in 1977. It was one of the last Beetles to be built in the Dublin factory. In the mid 1990’s it was purchased by the late Bill Crean in Castletroy, County Limerick. Bill restored the Beetle and repainted it metallic brown which really looked amazing. After a number of years of ownership and  prior to a move to Dublin Bill sold his Beetle. It went through a number of owners before being painted red and was then based in Fermoy, County Cork.

In 2014 it was found in a barn in County Cork, kickstarted back into life and shortly afterwards it was sold to its new owner in Killarney.

Update: Addtional photo uploaded. Taken on a street in Fermoy, May 2004.

Update 10-5-19: A few photos from when it was pulled from a barn in 2014 and then some that were taken just before it was sold to its new owner in Kerry.