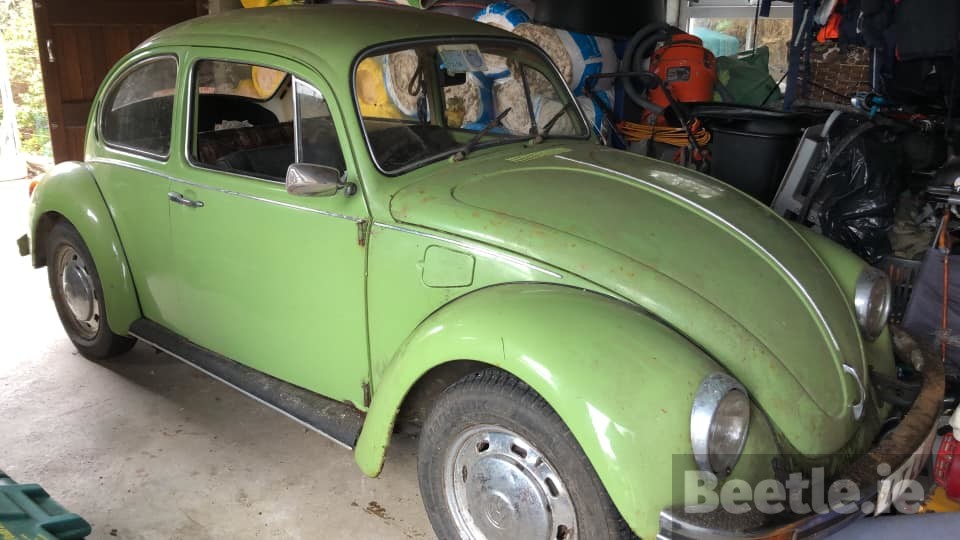 South facing garden. Detached property. Mature garden. Close to good schools. New triple glazed windows. Those are just some of the buzz words that we all listen out for when looking for that perfect new house. They are often the reason we buy a house, the one thing that swings the deal.

Well, for Ciarán Rees, the deciding factor was that there was a garage beside the house but even better than that, there was a Beetle in the garage and the best bit of all was that the Beetle was included in the sale of the house! “I’ll take it. Where do I sign” were Ciarán’s words!

This Beetle was assembled in Dublin and left the factory as a 1200 Beetle Deluxe painted in Manila Green (L63Y). It was sold to its first owner on February 7th 1977 in Cork so is one of the last batches of Beetles to be assembled in Ireland. Ciarán’s 1200 Beetle Deluxe is a restoration project but it’s complete and running and that’s the best place to start with any restoration project.

As with any new house purchase though, there are a lot of other jobs that have to take priority so for now 4744ZK will have to wait its turn in the garage it was discovered in. We wish Ciarán all the best with the restoration and look forward to seeing this Beetle back on the roads once more.