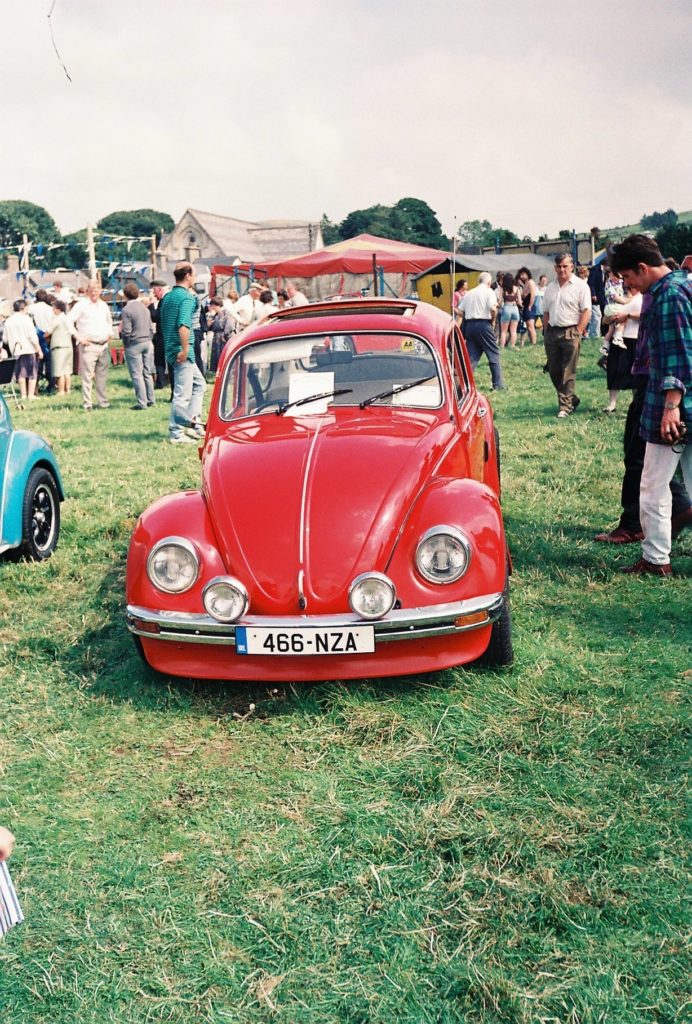 Where is it now? This Beetle stood out when I saw it one of the Kilcommon VW shows in Tipperary. It was finished in deep red and had some nice extras like the Cibie lights, front spoiler and the steel sliding sunroof was a nice extra. Sadly I’ve never seen it since so we have no idea what ever happened to it. We know it was sold in the late 1990s but after that the trail goes dry.

The car itself was built in Dublin and finished in Havana Brown (LD8A ). The 1200 Beetle Deluxe was then delivered to Park Motors in Dublin where is was sold to its first owner and registered at the end of May 1977.

We’d love to think that this Beetle, that was clearly loved by its former keepers, has made it through to today and perhaps is about to be restored. Do you know where 466 NZA is?