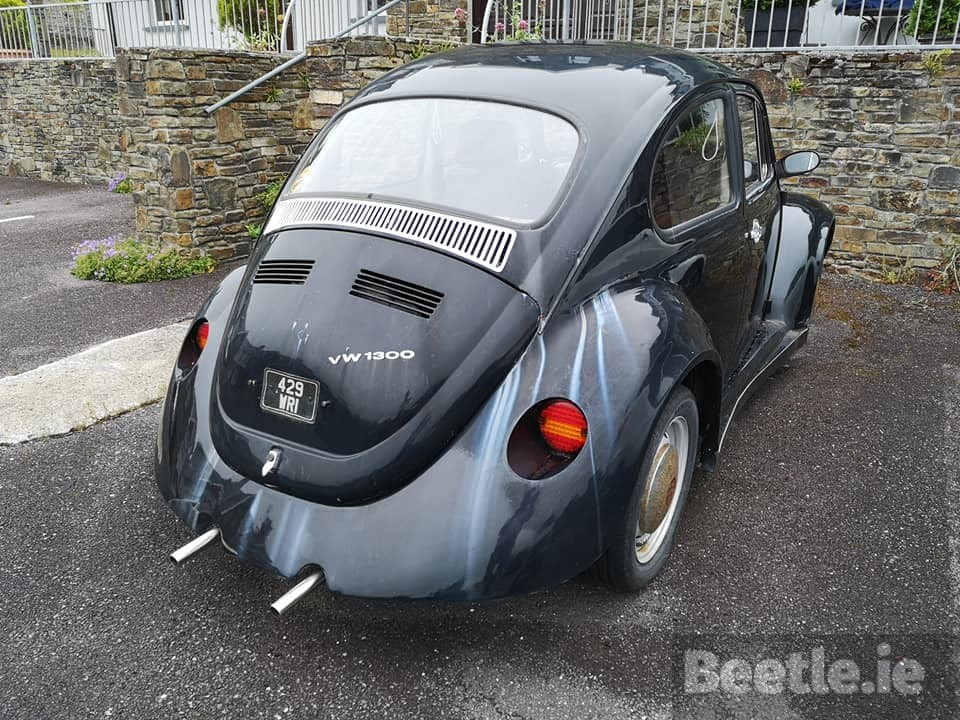 This once Miami Blue (L51C) 1200 Beetle Deluxe was spotted by Roger O’Sullivan while he was in Kenmare in County Kerry recently. Having been on the receiving end of some customisation in the form of blended wings, frenched rear LED lights and modified front wings and apron as well as a repaint in black, this once Miami Blue Beetle was first registered in Dublin in June 1975.

The Beetle is now in need of some time and effort to bring it back to life as rust seems to have taken hold but nothing that can’t be taken on. We’re not sure if this Beetle is running but it certainly looks as if it has been sitting for some time.