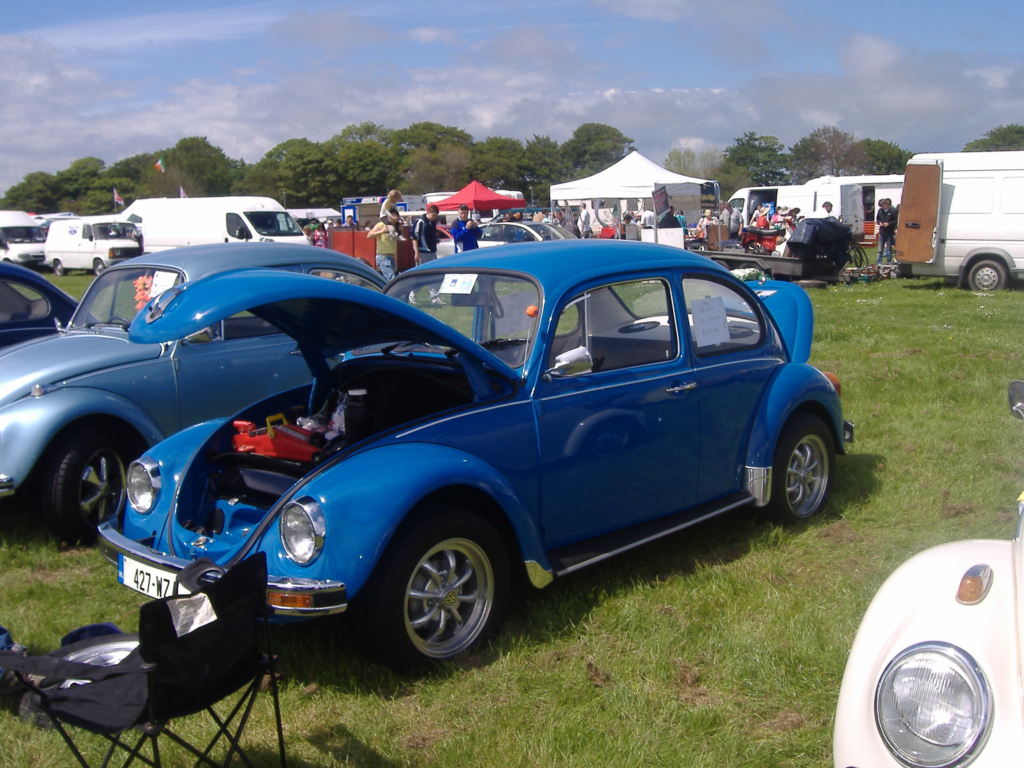 The Mosney Classic Car Show in 2012 was the location for this photograph which was taken by Jim McCallum.

427 WZA is an Irish assembled Beetle and it had been restored when Jim photographed it. The colour had changed to a dark blue from the original Sahara Beige (L232) and the steel wheels and hubcaps have been changed to EMPI 8 Spoke rims. The Europa bumpers have also been changed for Mexican bumpers. It’s a credit to the owner and to the person who restored it.

Back in July 1977, this 1200 Beetle Deluxe was assembled in MDL on the Naas Road but it wasn’t destined for a Volkswagen dealer, instead going straight to VW Leasing where it would have stayed for at least 12 months.

Thanks again to Jim McCallum for sharing this photo with us.