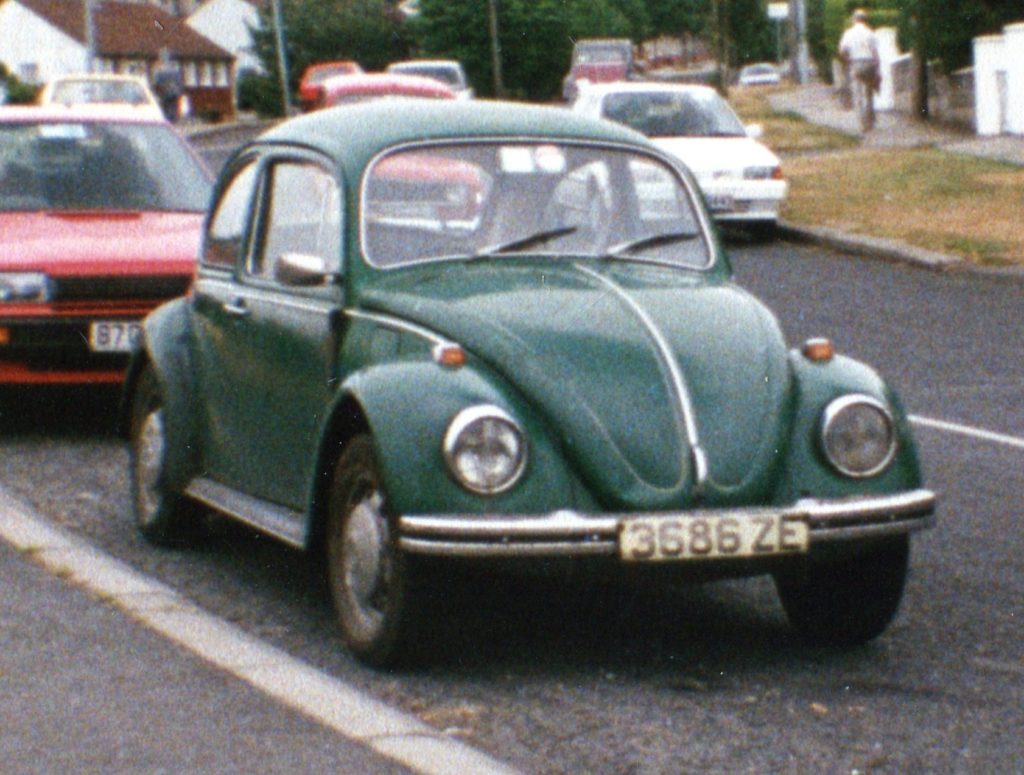 3686 ZE was, and possibly still is, a Sumatra Green (L61B) 1200 Beetle Deluxe that was assembled in MDL in the summer of 1972. The selling dealer was Modern Motors in Crumlin, and they did just that in July, registering it on July 20th.

Fast forward to another July, July 1989 to be exact, and 3686 ZE was spotted parked just outside the original Dundrum Shopping Centre in Dublin. The Beetle was still wearing its original number plates that were fitted in Modern Motors back in 1972 and the majority of the paint looked to be the original so it had been well minded in the 17 years it was on the roads of Dublin.