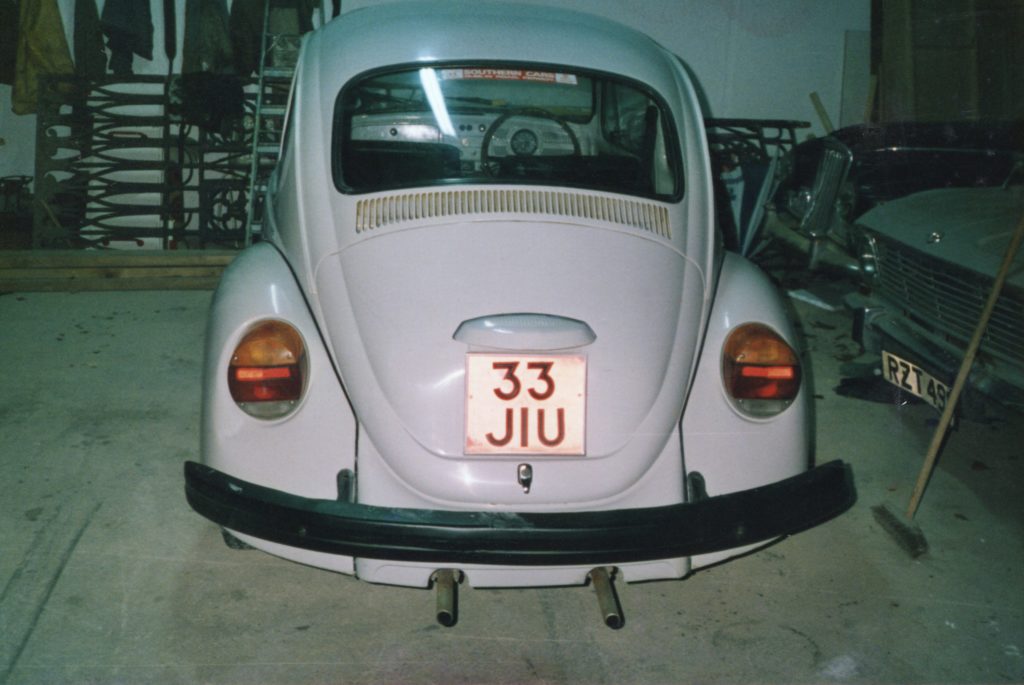 What may seem like sacrilege today was nothing more than a standard motor deal back in 1988. What am I talking about? Let me ask you this before I answer that question; would you, of your own free will, trade this classic Beetle in against a Honda Jazz? Not now you wouldn’t but that’s what happened in 1988. The upside is that the previous owner got herself a new Honda Jazz and this was the Beetle that started VW collector Wayne McCarthy on his lifelong passion for all things vintage VWs. Wayne has owned an eye watering number of VWs over the years, covering the entire model range and he’s still at it over three decades on. Little did the owner of 33 JIU know what she was doing when she drove into Southern Cars in Fermoy back in 1988.

The Beetle itself was a 1200N or Base Model Beetle. It was Pastel Grey which was an Ireland only colour so the only reference we have for this number is the Corbel Paint colour code 645RD517

The Beetle was very low mileage and was still fresh in Volkswagen terms as it had only turned 10 years old. The owner wanted to upgrade to a newer car and the new Honda Jazz that was sitting in Wayne’s father’s showroom was simply too much of a temptation for this lady and she left the Beetle behind and headed back home to Garyspillane in County Limerick behind the wheel of her new Honda Jazz.

Wayne enjoyed the Beetle for a short while but being the son of a car dealer and having started as a young apprentice on the showroom floor watching deals being done, it wasn’t long before Wayne found a new owner for the Beetle, a farmer in Ballyhooly.

There weren’t too many Beetles registered in 1978 in Ireland as they had finished the production run in late 1977 but there were a few that made it through to the new year, this 1200N being one such Beetle, with a registration date of January 17th 1978. 33 JIU was built in the middle of November 1977 but it may have been kept on site in Frank Hogan’s VW Dealership in Limerick City until after Christmas because as we know, it wasn’t registered until the middle of January 1978. It’s also possible that the new owner drove around for nearly two months with FOR REG on the engine lid while they waited for the new year registration numbers to be issued. Anything was possible back then!