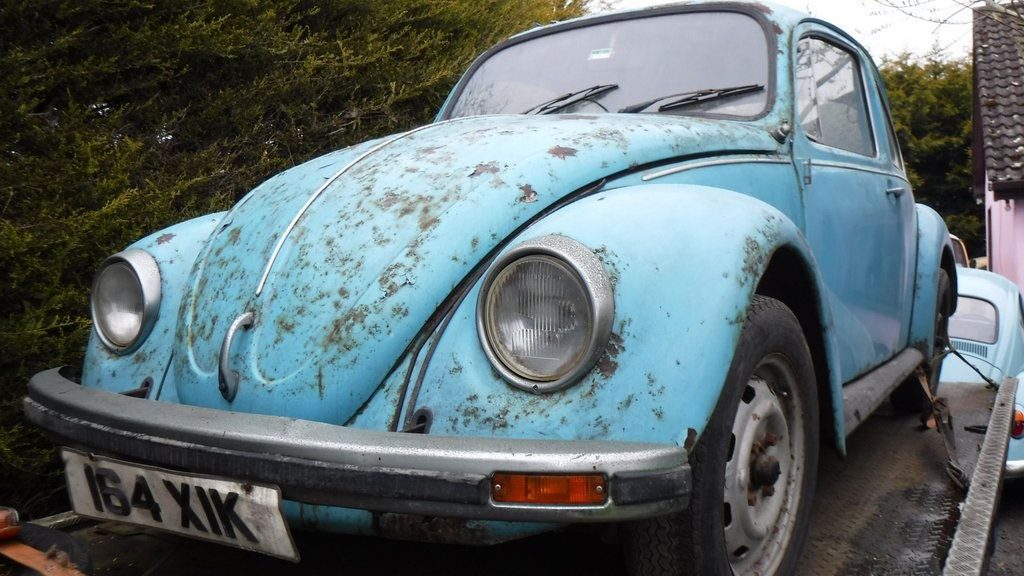 It still amazes us every time we see a ‘new’ VW emerge from a long slumber. This one was picked up recently by Emilio’s Beetles in Kilrush, County Clare. Amazingly it didn’t turn to dust as most old cars have done when parked up in West Clare because the damp sea air will eat away at any metal left out to the elements so it’s fair to say that the coast of West Clare is not a place you’d expect to find old VWs but then this Beetle pops up and shatters that statement!

This Beetle was built in late 1975 and finished in Miami Blue (L51C) before being sent out to its Dublin dealer to be sold which in this case was Grange Motors.  It was quickly sold and registered in January 1976 in Dublin with its XIK registration.

We are looking forward to seeing this Beetle emerge from its restoration in 2020 so as the saying goes, “watch this space!”

Have you got an old VW in slumber waiting for its day in the sun? Why not let us know because we love a good VW story!