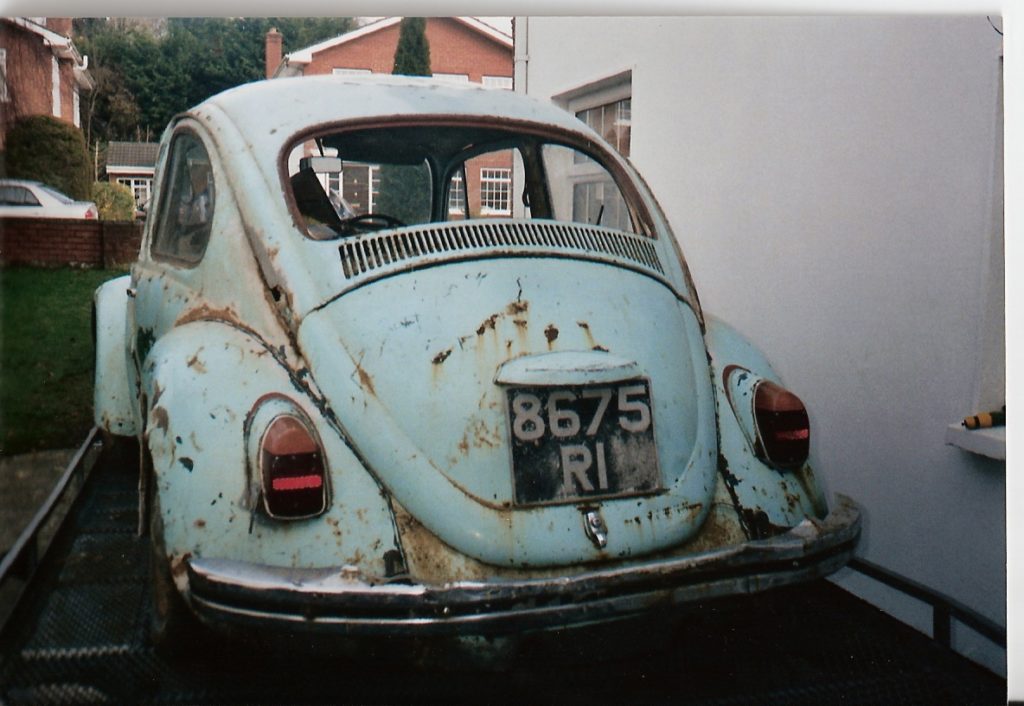 This once Poppy Red (L54) 1200 Beetle was first registered in Dublin back in February 1970 and was sent directly from the factory to Dan Ryan’s Car Rentals. At some point, no doubt having served its owners well earning its living on the rental market, 8675RI made its way to West Clare where it was bought by a Fr. Clancy from Mullagh Fr Clancy used his Beetle for many years and covered thousands of miles calling to his parishioners as well as travelling outside of his own parish.

As the miles piled on the condition of Fr. Clancy’s trusty Beetle worsened but he did all he could to keep it going on his small budget, and it worked for quite some time because the Beetle trundled along for many years until the engine seized. It was then that the decision was made to retire the old Beetle as it had became too rusty and was uneconomical to repair. It was parked up in a barn on his family farm in Mullagh where it was then discovered in the early 2000s. Although too far gone to restore the Beetle was stripped of all of its parts. Any parts that were  in salvageable condition went on to keep other Beetles on the road.

The older photo was taken in the 1970s long before the Beetle was painted blue. This photo was taken in County Clare and features Fr. Clancy’s niece, Therese and her dog, proudly posing in front of the Beetle  —- we were very lucky to get this photo because as you can see the edges are scorched and this was as result of a house fire. Thankfully everyone in the family made it out in one piece and so did this photo. Thanks to the Clancy family for the photo.