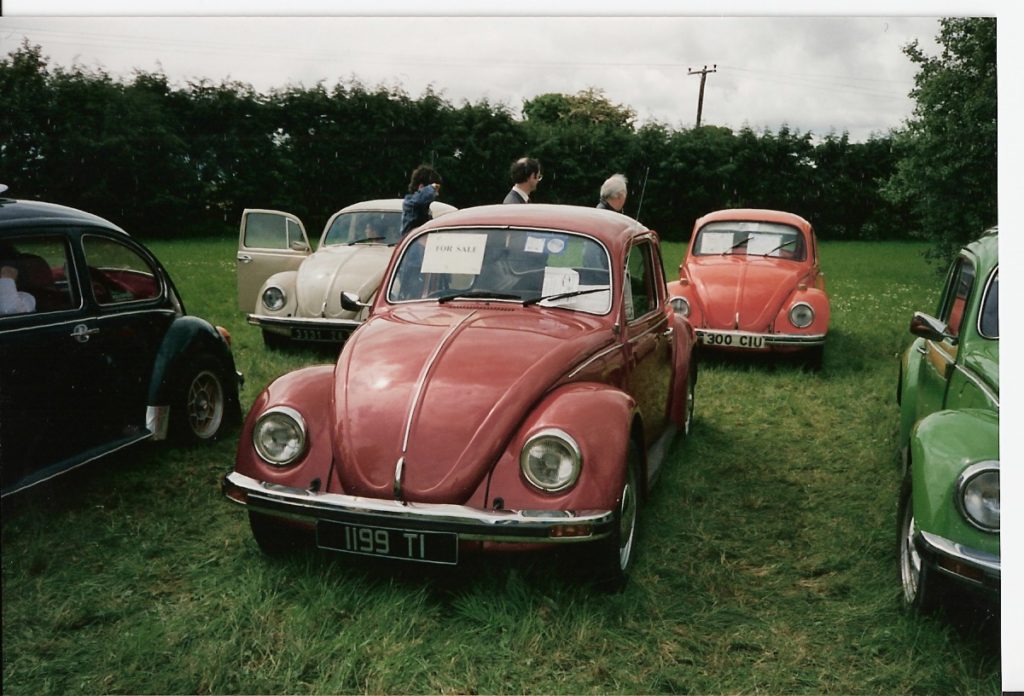 I remember seeing this car when I was in school and it was Panama Brown (L12A), totally original and clearly minded by its loving owner. The car would be parked outside the school waiting to pick up what I can only assume were the grandchildren in the evening as you can see in the older photograph. It vanished for a while and then at some point it received a repaint in metallic red by either the then owner or a new owner.

This ‘For Sale’ photograph was taken at the Beetles Reunion in Limerick and we believe it was then sold to a new owner in Dublin. I’d love to know where it is now and did it survive to this day.

This Beetle was sold from the Service Garage in Limerick and would have been one of the last sold by them before permanently closing the garage. It was registered in September of 1977 (in Limerick City so was given the TI registration as opposed to Limerick County which had IU) so this is also one of the last Irish Beetles too as production had begun to wind down by this point in time.