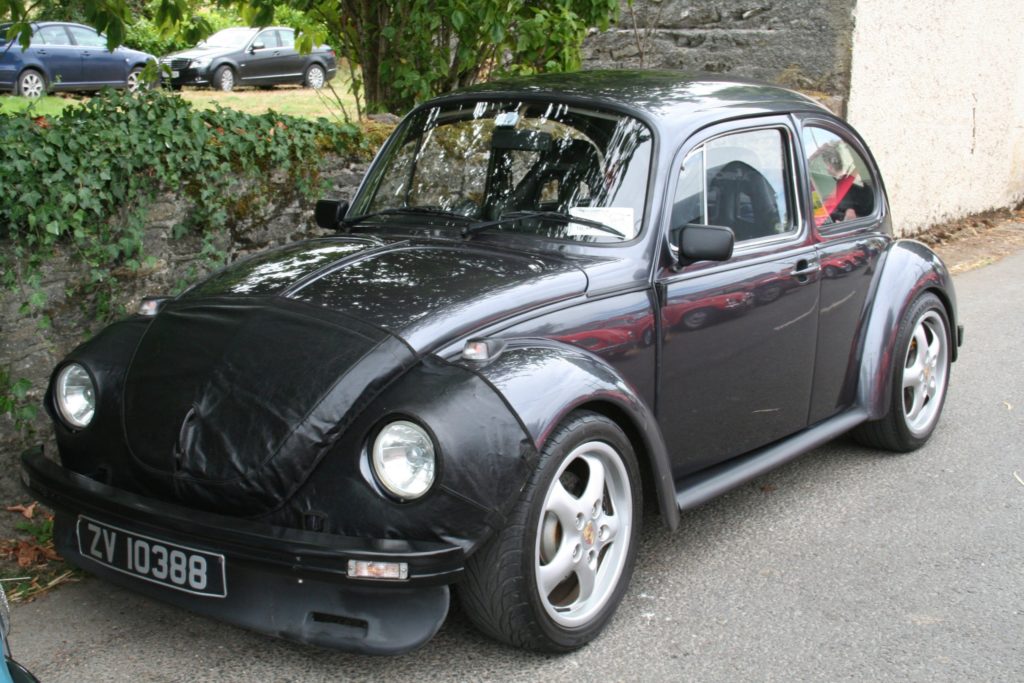 It’s not often that you see a really well executed restoration and modification but this 1303 is at the top of its game. Originally built as a standard 1300cc 1303 Beetle in white and registered on December 11th 1973 in the UK, it went through a number of owners before finishing up with the gentleman who carried out the entire restoration and modification as you see it now.

In 2005 the then owner decided that he had had enough of repairing his Beetle and modifying as he went so decided to take it off the road once and for all and do start from scratch so that he would have the Beetle he always wanted.

The entire body and floorpan were stripped and then the engineering began! All round Porsche Brembo 4 pot brake calipers, , a 2ltr Type 4 motor, shot blasted chassis, fuel lines: not one but two; one main and one return line, for future fuel injection. Both brake and fuel lines are Kunifer which is a copper nickel alloy. This is much stronger than pure copper, and doesn’t harden with vibration. Then came the new gearshifter that was purchased from CAE-Automobiltechnik.

The gearbox was also given a clean too. “I removed all the corrosion, dirt and oil using a variety of wire wheels in my drill and grinder. I then sprayed it with Por Metal Ready to neutralise any remaining corrosion. It was then given a coat of zinc primer, followed by normal primer, then finished with a topcoat of matt black paint. This is a twin sideplate AT box, which replaced my 1300 box quite a few years ago.”

At this point attention turned to the bodyshell and as the bodyshell had been rolled in the past and had some accident damage to the right roof seam, and right rear quarter, a new body was the best option. The red ‘shell was sourced and although it needed the same lower body repairs the roof and rear quarter were perfect. The ‘new’ bodyshell received new heater channels, a front bulkhead, rear inner arches, rear valance and some repairs to the strut towers.

We have only skimmed over the huge amount of engineering and work that has gone into creating this Type 4 powered monster but needless to say it handles like it’s on rails and it moves!

After a new house purchase the builder was forced to sell and that is when Derek from Dublin stepped in after seeing it advertised on VZi. It’s an amazing car but Derek has plans for it as he has an original Irish 1302LS Beetle and he intends to swap the mechanicals over into his 1302LS and reinstate the 1303 as a more stock looking Beetle. If you haven’t guessed, Derek’s 1302LS is his baby and is currently being restored and he can’t wait to have it motoring again but this time with much more power and stopping power too!