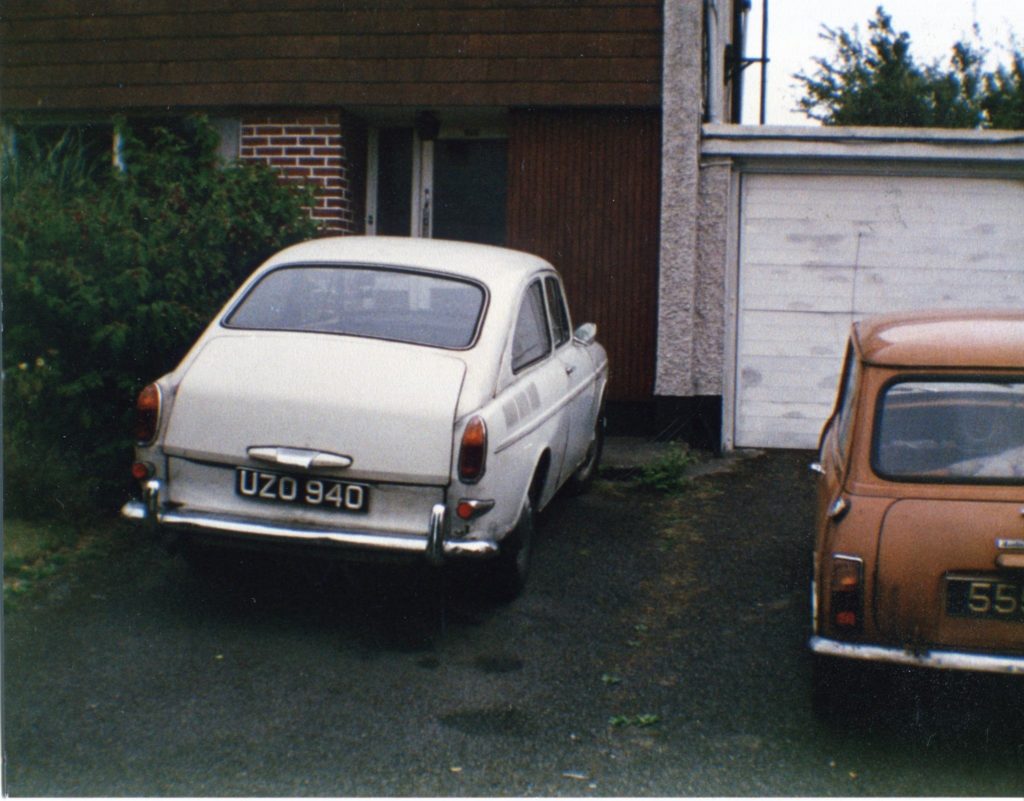 I remember the day we saw this Fastback for the first time. I was walking along Barton Road on my way to Dundrum with my cousin Aidan who was equally as enthusiastic about old VW metal as I was. Aidan’s late father had an early Fastback like this model so he definitely wanted to find out more. We crossed the road to take a closer look at this rare beast, and it was rare, even then. In fact, a late model Type 3 was still rare, never mind an early one.

We knocked on the door to ask the owner if we could look at his car and he said yes. He then went on to say that it was for sale but he wanted £2,000 for it. That was a huge amount of money for a Fastback back then and it certainly was a huge amount to ask for one that needed lots of rust repair. It had seen quite a few tubs of filler in its day and it was obvious as those very lumps of filler had not been rubbed down too well. The vents under the dash had also been filled in with a generous helping of Isopon. As young teenagers we couldn’t dream of raising that kind of money and besides, we knew it was so overpriced that we would not have been able to justify the spend even if we had a money tree in the back garden.

This early Fastback could have been restored, with a lot of effort and skill I must add, and would have been a really nice rare original Irish Type 3 but somehow it managed to end up in a scrapyard in Waterford and was last seen in 1994. Maybe someone else has news about this particular VW’s history after we saw it on Barton Road in July 1989 and if you do we would love to hear it.

UZO 940 left MDL on the Naas Road in the Spring of 1969 with the next stop being Europa Cars in Blackrock. The Toga White (L90C) Fastback was sold and registered to its new Dublin owner on Tuesday March 18th 1969. If there was a post-Paddy’s day hangover, then the excitement of picking up their new 1600cc VW would have cleared that fog!