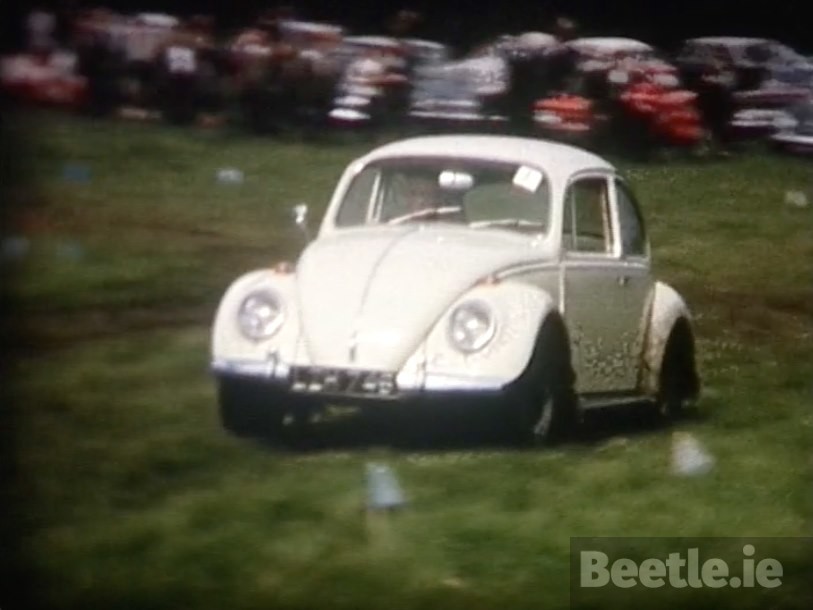 We have Dean McCarthy to thank for this fantastic action photo of a Beetle being worked harder than you think a basic Beetle could ever be worked. Dean is a member of the Irish Vehicle Registrations Past & Present Facebook group and originally posted there but kindly allowed us to reproduce the photo and add the Beetle to the Beetle.ie Census.

Dean says of the photo, that it and others were “stills from an old family film that I believe this was taken around Pottery Road in Dun Laoghaire but I’m not sure though. They were driving around a muddy field.”

John O’Sullivan recognised the car and driver as the late Larry Mooney.

Ollie Lampredi added to the story saying that “It’s an auto cross. Many were run in the Dublin suburbs in the 1950s and 1960s by most of the motor clubs. Entries changed from original Irish “Special” competition cars to production cars such as Minis and Beetles.”

Thanks to Dean for the photo and to John and Ollie for the information.