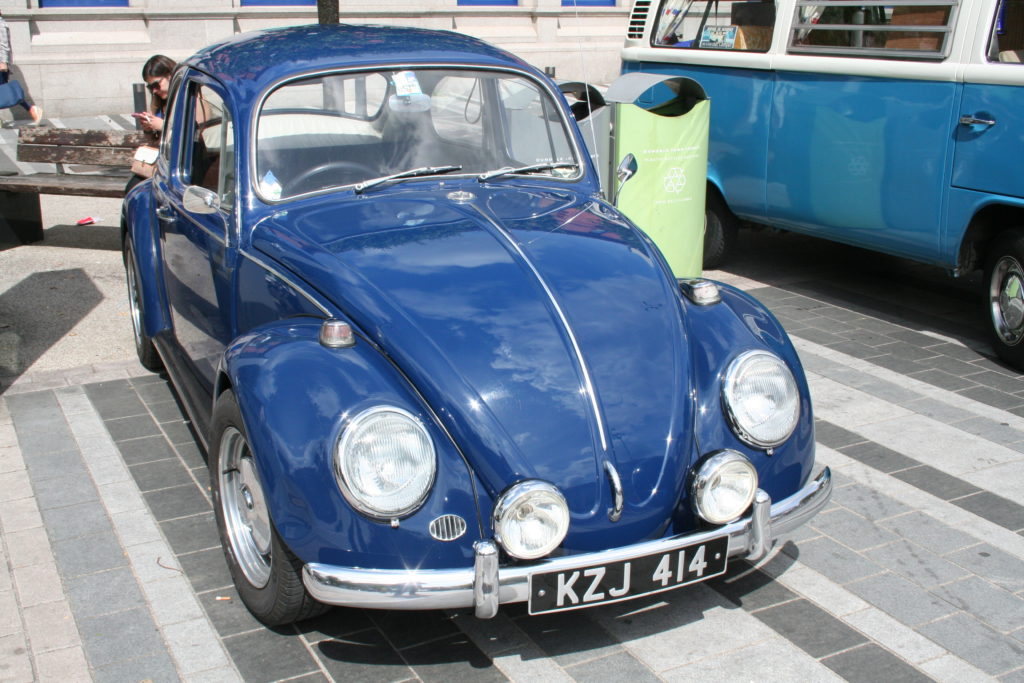 This late 1966 (’67 model year) Beetle was originally ordered and delivered to a UK dealer. The owner then brought the Beetle to Dublin when they moved here. It was registered in January 1967 with the Dublin registration of KZJ 414

The 1500cc Beetle is quite rare in that, apart from the it being a 1967 which has one year only features, it has VW’s durable 1.5ltr engine and disc brakes as standard. KZJ was clearly looked after exceptionally as it was in very good, original condition when it landed on Pat Morgan’s doorstep looking for some TLC.

Pat stripped his new Beetle down and discovered that his first impressions were correct, it was a rust free Beetle, apart from some small localised repairs near the engine bay.

All of the body panels are the originals which is almost unheard of these days. That was good news for Pat as trying to source good secondhand 1967 only doors is nigh on impossible.

The front wings had a few creases from parking dents but were repaired by Pat himself and look as good as new now.

The interior had not fared as well as the exterior so Pat ordered up a new set of period covers as well as a new headliner.

The exterior remains stock apart from a slight lowering of the front suspension, widened stock rims and a pair of original Cibie spotlamps. Speaking of the Cibie spotlamps, Pat bought them new back in 1970 from Dublin Road Motors in Dundalk for £29. He fitted them to his then Beetle. Also from that same Beetle are a set of Koni shocks which he kept before selling that Beetle.

The VW Blue (L633) is an amazing colour when matched with chrome and of course the sunshine which brings this hue to life.