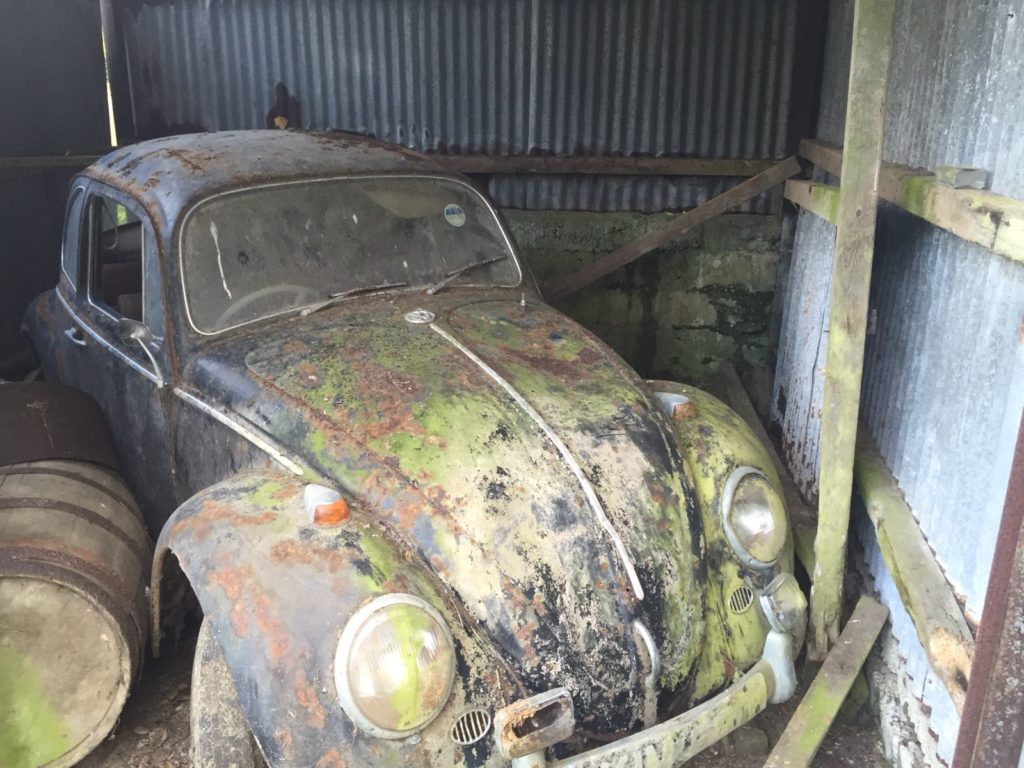 A true barnfind, quite literally.

Purchased by a lady in 1977 who used her Beetle until 1979 when she decided to return to London. Rather than sell her Beetle, she decided to drive it into a shed on her brother’s farm. The shed was quite far in off the road, so far in fact that there wasn’t even a road or track to get to it. The shed wasn’t really used by the farmer and the little Beetle was sadly forgotten about, that is until the storms of 2015 weakened the old barn enough for one of the farmer’s cows to lean against it and bring a gable down. It was only then that the ’65 was rediscovered.

Original Irish VWs are a rare breed nowadays but one with a Galway reg, or any county by the sea for that matter, is even rarer so the current owners wasted no time in snapping the Beetle up.

Currently awaiting a full nut and bolt restoration by its current owners.