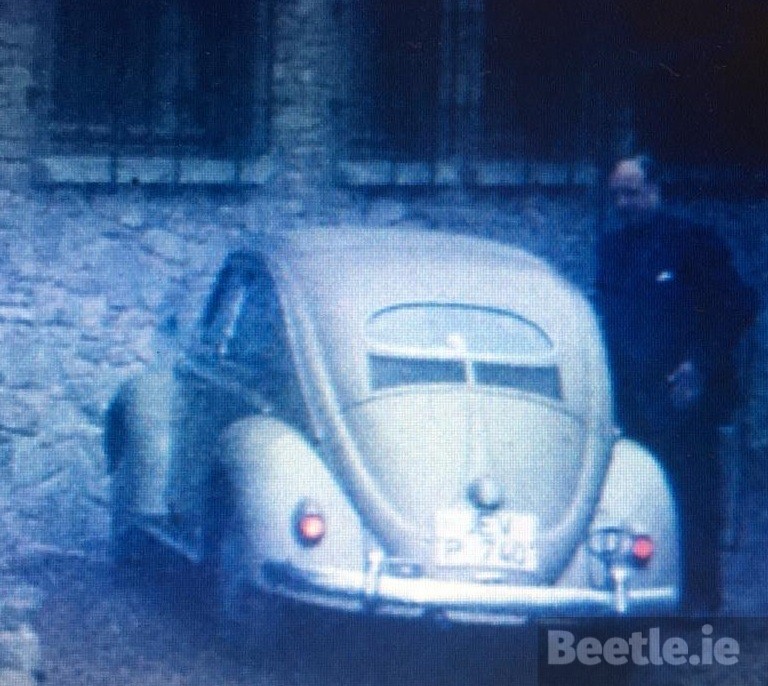 As a rule, the Beetle.ie Census is only for Irish registered aircooled Volkswagens, be that original Irish registrations from the 1950s up to when production ended in 1977, later import (pre-87) registrations or the current import ZV and county registrations. Having said all that, when a gentleman called André Fischer from Germany contacted Beetle.ie with an interesting story about his family’s old Volkswagen Beetle. We were instantly intrigued to find out more and of course, we’d love to reunite him with his family’s old Beetle, or at least find out some information for Andy as to what happened it.
We’ve made the exception to include André’s family’s Beetle in the Beetle.ie Census because it is possible that their Oval Window was sold, registered on Irish number plates and as the only registration number we have is the German number plate, that is what we’re running with. Does André’s information below ring any bells with you? Have you seen or heard anything about a German registered Beetle that sounds like it could have been André’s family’s Beetle? Surely a Ragtop in Ireland back in the mid 1980s was an unusual thing so unless it went straight to the scrapyard, someone will know surely? It’s hard to make out the colour but it looks like it could be Polar Silver (L324) but it’s only a guess based on these old photos. It also look like there was a reverse light fitted as well as an accessory D badge fitted to the rear bumper.
“Hi Cathal
My family was used to own a cottage near Foynes in County Limerick, at the mouth of the river Shannon. I spent a lot of time there every year in my childhood. My dad drove his Volkswagen Beetle to the house and left it there to use when we came back. For some reason it was taken off the road by the beginning 1970s, maybe the gearbox. I used to play in that car in the cottage’s garage as a kid. Then, around mid 1980s the property was sold and the car (separately) as well. That’s the last time I saw that car and over the years I forgot about it.
My Dad passed away three years ago at 84 and from time to time I review his belongings. Recently I found a document from the Volkswagen Company. They give congratulations to my dad for driving 100.000km with no accident. The document is dated 17.5.1961 and there should be a medal to the document mounted on the car. The car was an early 1957 Oval Window Beetle.
Can you help me to find out, what happened to it?
Enclosed find a picture of the car in original state with my granddad posing next to it. He passed away in 1974. There you can see the German registration number JEV P 740.

Before the car was sold, my dad gave it to a workshop, where they mounted these big ‘elephant feet’ taillights. But the semaphores for left/right-turns were still in place.

I know, it’s a search for a needle in a bunch of hay but I am hoping there weren’t so many Oval Window Beetles sold near Foynes from 1982-1984. May be someone in the community remembers about that barnfind.