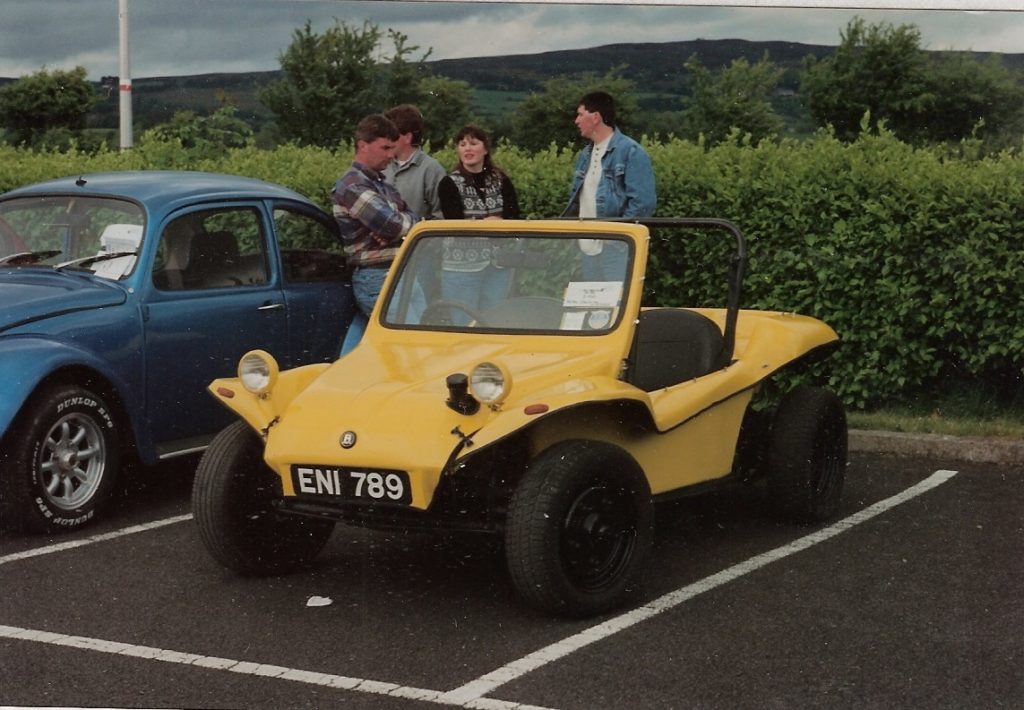 1995 was the third year in the very successful run of aircooled VW (only) shows held in Limerick called The Beetles Reunion. The show itself has evolved over the years and now is one of Ireland’s largest, if not the largest, classic car and motor shows. The name has changed as has the location but Motorfest Ireland is now one show you should add to your calendar every year.

Back in 1995 things were changing in the motoring scene. Scrappage deals were being offered by main dealers against new cars which sadly saw the demise of some immaculate, one owner, low mileage or at least very restorable VWs. To counteract all this, the aircooled VW community came out in force to celebrate all things vintage VW with a fabulous turnout of aircooled classics at the Two Mile Inn in Limerick. This Beach Buggy was one such VW that showed up on the day, and it looked so cool, like it it had just driven off a beach in 1960’s California.

The simplicity of its design and the fact the the owner has refrained from overloading it with modern add-ons added to the original look of a 1960’s Buggy, simple and fun!

But this Beach Buggy wasn’t always a Beach Buggy. Before this chassis was shortened and a fibreglass body bolted down, there was a Beetle body sitting on top of the ‘pan and for many years this was how it was to stay. Built in MDL on the Naas Road, this 1200 Beetle soon found its first home in Wicklow and was registered in late 1962. At some point the original 1200cc engine was exchanged for a 1300cc F code engine (1966-1970) but whether that was done before or after the conversion to a Buggy we do not know.

Other than that we don’t know anything of its history, apart from the obvious which is that it was converted to a Beach Buggy at some point in time. We wonder did this short wheelbase Buggy survive into the 2000’s or did it suffer the same fate as its body?