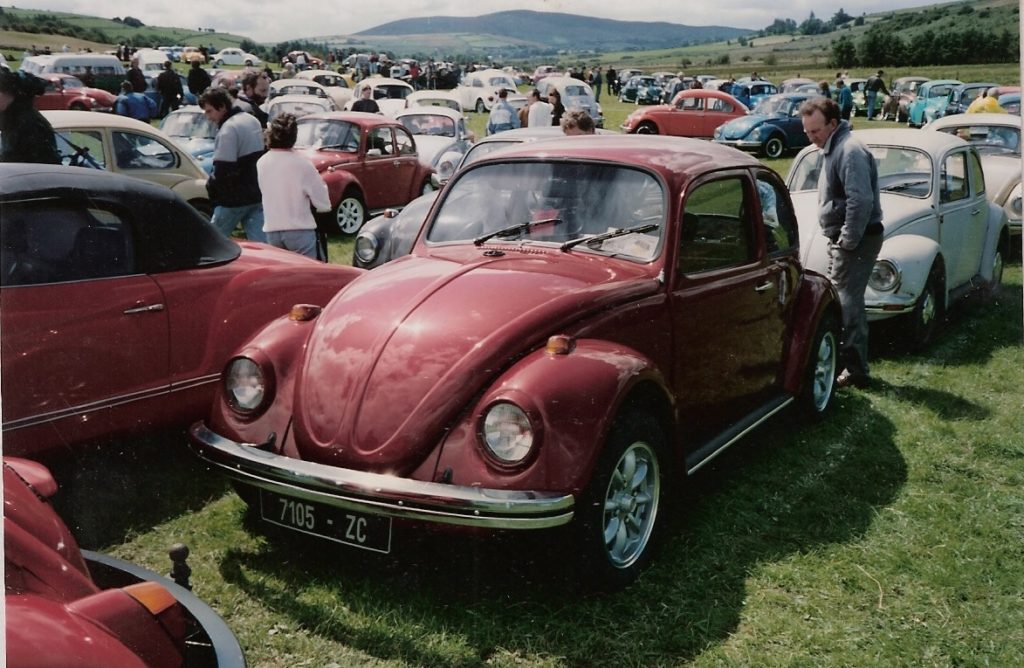 When this Beetle was snapped at the Kilcommon Festival in County Tipperary, it was a world apart from how it looked when it rolled off the MDL assembly line on the Naas Road in Dublin as a freshly built Beetle back in February 1972.

The 1200 Beetle Deluxe was painted in Sumatra Green (L61B), it had all of its chrome and wore stock rims with hubcaps while the freshly fitted Triplex Shamrock logo glass was gleaming. It was checked by the quality control team and once passed it was then sent to Modern Motors in Crumlin, Dublin. Shortly after arriving at Modern Motors, this Beetle was sold to its first owner who was based in Dublin, hence the ZC registration.

By the time Kilcommon rolled around over 20 years later in 1993, 7105 ZC had undergone a very cool refresh and looked pretty cool sitting in the Tipperary hills. Gone was the chrome side trim while the headlight rings and indicator covers were now colour coded. A new top tint windscreen, tinted one piece windows and tinted glass all round really added to the look but the most striking change was of course the colour. Gone was the original Sumatra Green and in its place was a fresh coat of metallic maroon. The stock wheels and hubcaps were ditched in favour of a set of 8 spoke rims. The interior had been upholstered and new Cal Look window rubbers were also fitted.

This was a high end restoration with subtle but effective modifications. Even today, this Beetle would look striking in its look and judging by the number of trophies on the back shelf, many other people also felt the same too. We wonder did it survive to this day?